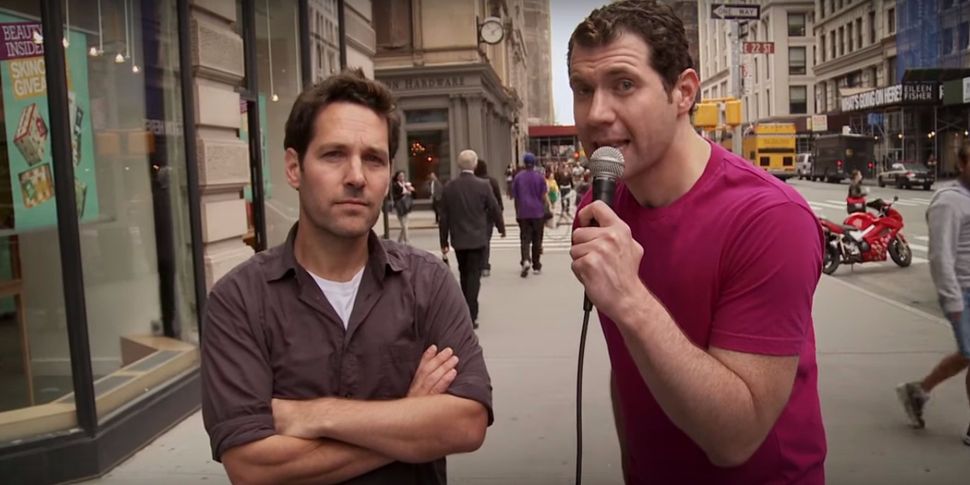 Eichner, perhaps best known for pounding the pavements and shrieking at unsuspecting New Yorkers for his television show “Billy on the Street,” has been churning out segment after segment of solid gold comedy since 2011.

The 38-year-old New Yorker takes simple, absurdist concepts and makes them a reality — often lugging A-list celebrities along for the ride.

Ever wonder if the people would have sex with Paul Rudd in exchange for $1? Want to know of Rashida Jones can guess which celebrities changed their last names to sound less Jewish?

Eichner is on the case.

Here’s just a few of his best moments, each of which hopefully provide a bright, often shrill, reminder of the pockets of goodness still left in the world.

When he hit the streets looking for random New Yorkers to answer pop culture questions and he met the delightfully eccentric Elena, who would later become a regular on his show.

When he went around yelling at people about how pretty Olivia Wilde is.

The time he helped Conan O’Brian master the gay hook up app Grindr.

When he hung out with Joan Rivers in bed.

Just keep doing what you’re doing, Billy. We need you now more than ever.