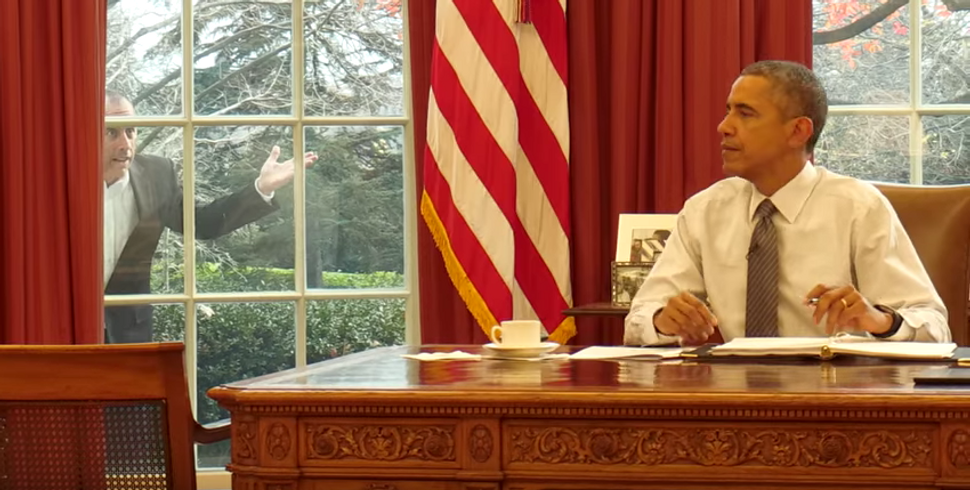 The stars are saying their final goodbyes to the Obamas.

Sarah Jessica Parker, Rachel Bloom and Judith Light were among the celebrities to bid farewell to the president and his family in a video shot by Vanity Fair.

“Thank you for the grace and the dignity and the majesty they brought,” Parker said. “And for carving out time and conversation about people who need advocacy.”

Light expressed her wish that the president’s eight years remain cemented in the consciousness of Americans for many years to come. “I only hope that the brilliant legacy that you created is something that stays in the hearts and minds and souls of all of us,” she said.

Bloom took a different approach, effusively apologizing for (presumably) the person about to step into the president’s shoes.

The White House also released a goodbye video, asking those who participated to recall their favorite Obama moment.

Jerry Seinfeld talked about the unforgettable experience of shooting a segment with the president for “Comedians in Cars Getting Coffee.”

“Knocking on the oval office window,” Seinfeld said. “That was probably the peak of my entire existence.”

Gloria Steinem commented on how inclusive the president was. “It’s the first time in my life I felt like the White House belonged to everybody,” she said.

Meanwhile, over on social media, stars expressed their appreciation and sadness after Obama’s final speech.

I love u @POTUS In good times & bad the buck stopped w you. Thank u for being a true leader & for 8 yrs of astounding, immeasurable progress

No one gets what I’m going through

As a Canadian that calls America home for part of the year I will always carry your words and the memory of your time in office with me as inspiration. Big up yaself O.