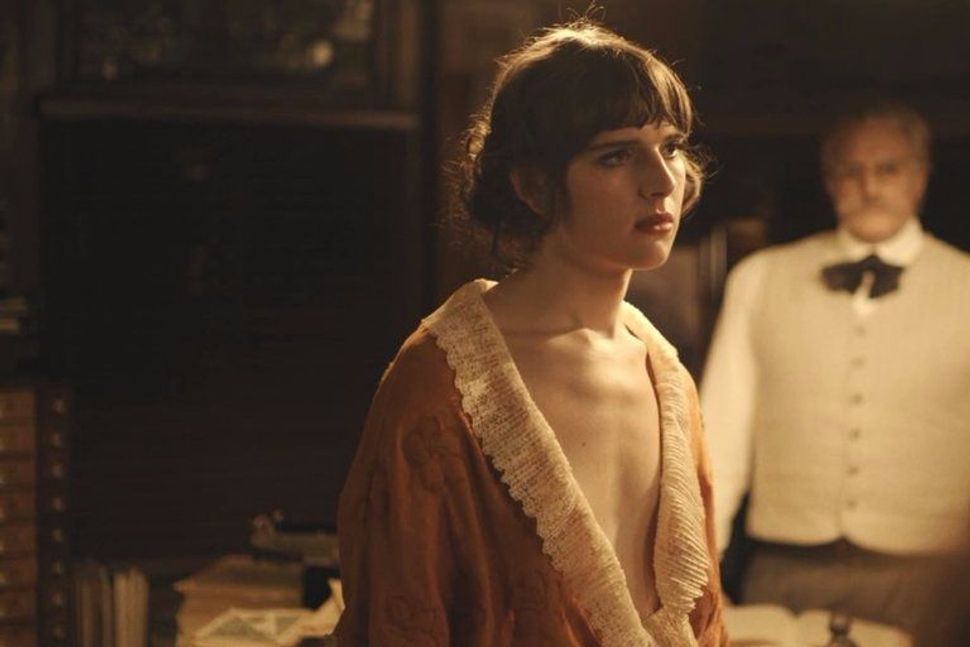 During this year’s Golden Globes, an ad aired that made history. The L’Oreal Paris promo prominently featured 24-year-old model Hari Nef, who became the first transgender person ever to be featured in a primetime campaign.

Participating in this historical moment isn’t even the coolest thing about Hari Nef. Here are ten more things about this kickass human that you should know.

1. She’s an actress as well as a model, and starred in Season 2 of Transparent. 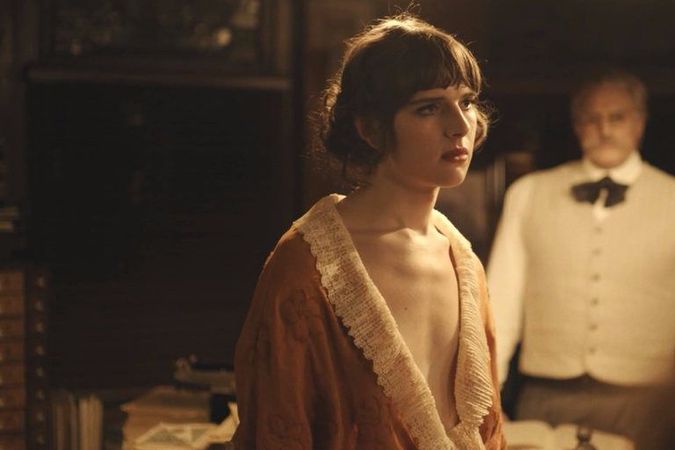 Nef plays Gittel, a trans woman and an ancestor of the Pfefferman family, who is seen in flashbacks of late-Weimar era Berlin. Her character finds community and understanding at the Institute of Sexual Research, which was run by Dr. Magnus Hirschfeld, one of the first advocates for the rights of sexual and gender minorities. 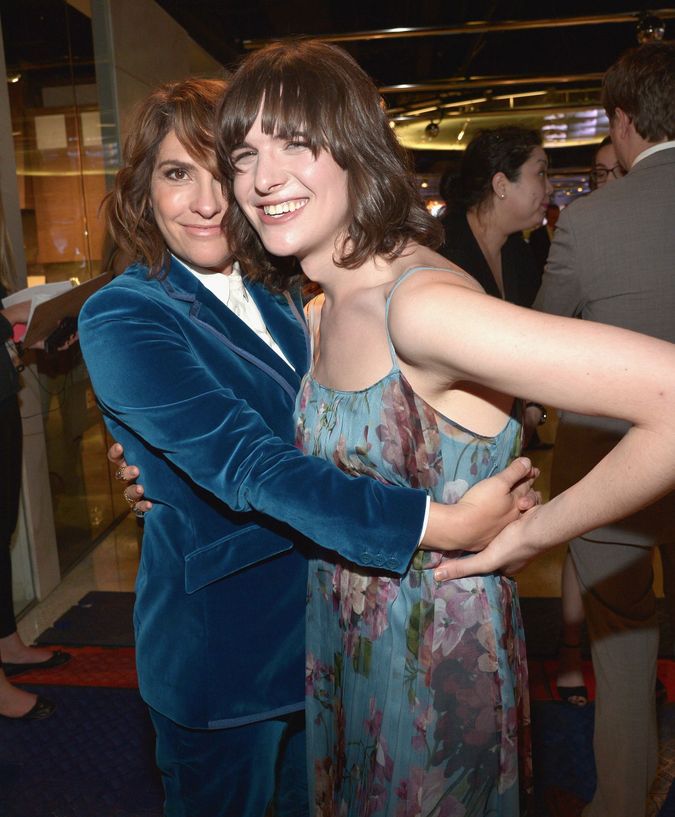 Nef met the Transparent show-runner through her sister, Faith Soloway, who was Nef’s former counselor at an arts camp. Jill Soloway brought Nef as her date to a gala for PFLAG (an LGBTQ advocacy group originally known as Parents, Families, and Friends of Lesbians and Gays), and told New Yorker reporter Michael Schulman that she had really found her “it girl” in Nef. Soloway recalled “marveling at how she fills a frame—her face and her posture, but also how her energy naturally engaged every subject and object in the frame.” She added: “I think this is something that maybe Warhol felt for Sedgwick, Demy for Deneuve, Allen for Keaton.” 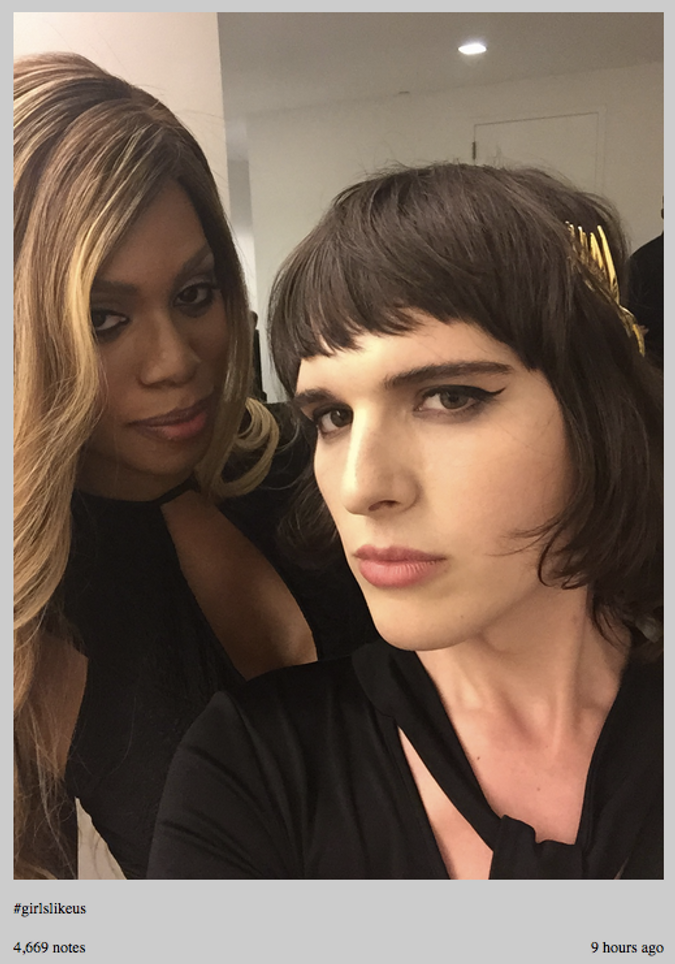 Nef is friends with her fellow trans celebrity and Orange is the New Black star, posting pictures of the two of them on her popular Tumblr page. Cox and Nef are also part of a bigger community of trans activists, including models Juliana Huxtable and Isis King.

4. She’s a Columbia grad, and started transitioning while pursuing a degree in drama there.

During her Sophmore year, Nef began her transition, informing the Columbia drama department that she would only be auditioning for female roles—such as Arkadina in The Seagull, whom she portrayed for her senior thesis.

5. While at school, she also frequented the club and alt-performance scene in New York.

Nef performed with art-rock group Gerry and the Twinks, as well as a punk drag collective called Chez Deep, which toured internationally. She also became a regular at parties and happenings like Vandam, where she met many trans night-life celebrities.

6. Her modeling career was kickstarted by an encounter at a club.

Though Nef had some some amateur modeling before, her real break happened one night at an East Village club, where she met Shayne Oliver, designer of Hood by Air. Oliver was instantly taken with her, and she made her New York Fashion Week debut in 2014 with his line.

7. She was one of the first trans models signed to IMG Worldwide.

IMG, which is one of the biggest agencies in the fashion industry, signed Nef in 2015, only two weeks after her graduation from Columbia.

8. She considers her modeling career a political act.

Nef began modeling while still in the beginning stages of her transition. She considers her choice not to wait until her transition was more under way, and instead to transition publicly, a political act of visibility. “I wanted to be in the world,” she told Vogue.com. “I’m not trying to self-aggrandize, but it’s more than a job to me. It’s political.”

9. She gets real about privilege and positioning when it comes to trans issues.

Though she is in many senses a pioneer, Nef recognizes that she is able to do much of what she does because of her privilege as a white, well-off, college educated woman from a first world country, whose gender as a woman aligns with a binary that people are familiar with. She has been vocal about this on social media, where she has also addressed the fact that other trans people who don’t conform to cisnormative beauty standards which, as a model, she at least somewhat embodies, are more likely to be outed or killed. In an interview with Dazed, she said that her hope is “not just that more trans stories are told, but different kinds as well.”

10. She is present for and reaches out to the trans community, and advocates for less visible trans people.

As mentioned above, Nef has transitioned very publicly, documenting the process openly and honestly on social media sites like Tumblr and Instagram. Her social media presence has created a safer space for other trans people, who now have an example of someone being out as trans and it being okay. She regularly takes questions and comments on her Tumblr from fans, especially trans fans: in one such instance, she was contacted by a young trans woman in Iraq, who expressed loneliness at being the only person in her town that’s trans, but comfort in the fact that she had Nef’s example to follow.