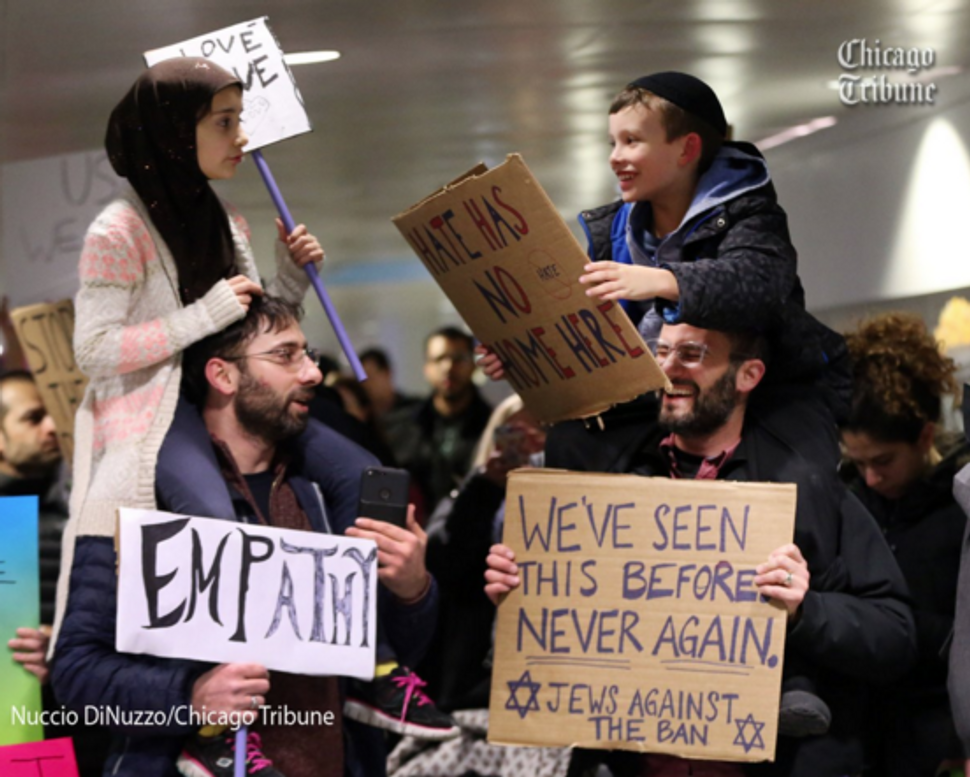 The image, which shows the children holding signs and sitting on their respective father’s shoulders, was shot by Chicago Tribune photographer Nuccio DiNuzzo at O’Hare airport on the third day of protests. It has amassed 18,000 likes as of Wednesday morning.

“A lot of things that I post on Twitter, from sporting events and news events, [I] get a few re-tweets and a few likes. It’s rare that it gets in the thousands,” DiNuzzo told TIME Magazine.

User comments flooded in beneath DiNuzzo’s picture, many expressing joy over the captured moment.

“Amazing photo. THIS is my America,” Becca Davis wrote. “Thank you so much for capturing and sharing.”

@ChiTribNuccio Amazing photo. THIS is my America. Thank you so much for capturing and sharing.

“Impossible to like this photo more than I do,” Tim Schorer commented. “Trump might make america great again, but not the way he planned.”

@ChiTribNuccio impossible to like this photo more than I do. Trump might make america great again, but not the way he planned

“Beautiful photo that captures the beauty and diversity that is America!” Mariam Sobh wrote.

@ChiTribNuccio beautiful photo that captures the beauty and diversity that is America!

For DiNuzzo, the reaction is exactly what he aims for as a photographer.

“It makes people feel good. It’s affecting people emotionally,” he told TIME. “You want to get right to their heart.”