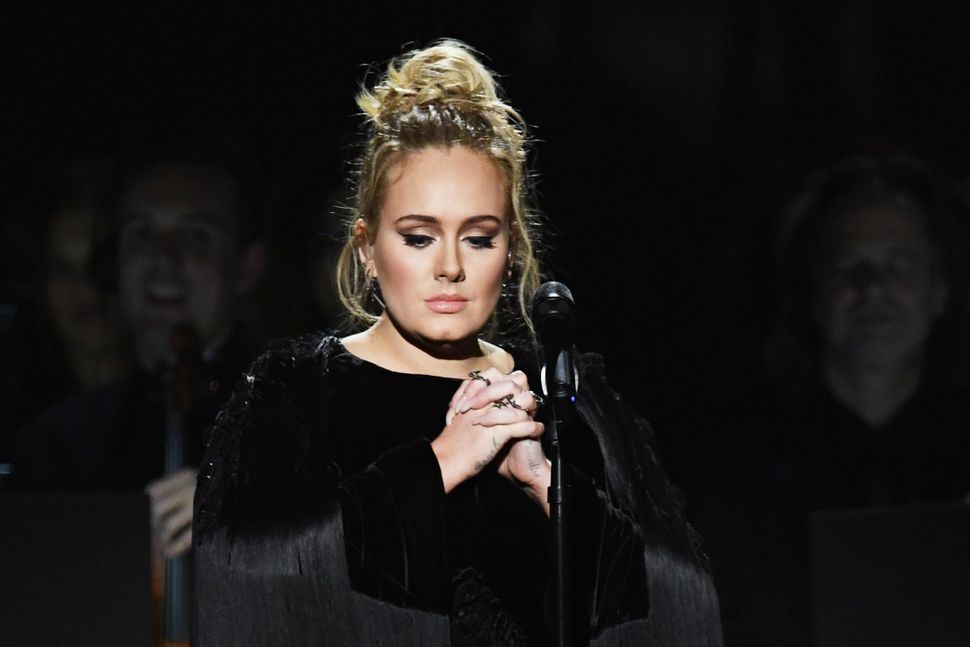 Adele’s musical homage to George Michael at the Grammys started out rocky, but shaped up to be a stunning tribute to the late artist.

After making it about thirty seconds into her cover of Michael’s 1996 song “Fastlove,” the singer swore, and asked for a do-over.

The crowd cheered and Adele started over again, delivering a pitch-perfect rendition the second time around.

The singer later told reporters she was “devastated” by the way her performance turned out.

“I had a bit of a shaky rehearsal, but I had been working really hard,” she said. “My earliest memory was ‘Fast Love.’ When that video came out, I was blown away by how fucking hot he was. I was young, about ten, and I heard the vulnerability of that song.”

Despite the singer’s misgivings, she received rave reviews from her peers.

“Adele taught us a all a great lesson just now. If it’s not right? START OVER AND NAIL IT! And she did. Love you, girl,” Bette Midler tweeted.

#Adele taught us a all a great lesson just now. If it’s not right? START OVER AND NAIL IT! And she did. Love you, girl.

“Your realness made that moment even more special. That took so much guts, George would have been so proud,” Skrillex wrote.

Your realness made that moment even more special. That took so much guts, George would have been so proud. @Adele ?

Michael died in December, at age 53. The cause of his death remains inconclusive. The singer’s grandmother was Jewish, but hid her roots from her children, who were growing up during World War II.

“She thought if they didn’t know that their mother was Jewish, they wouldn’t be at risk,” Michael told The Los Angeles Times.

Watch the beginning of Adele’s performance below: