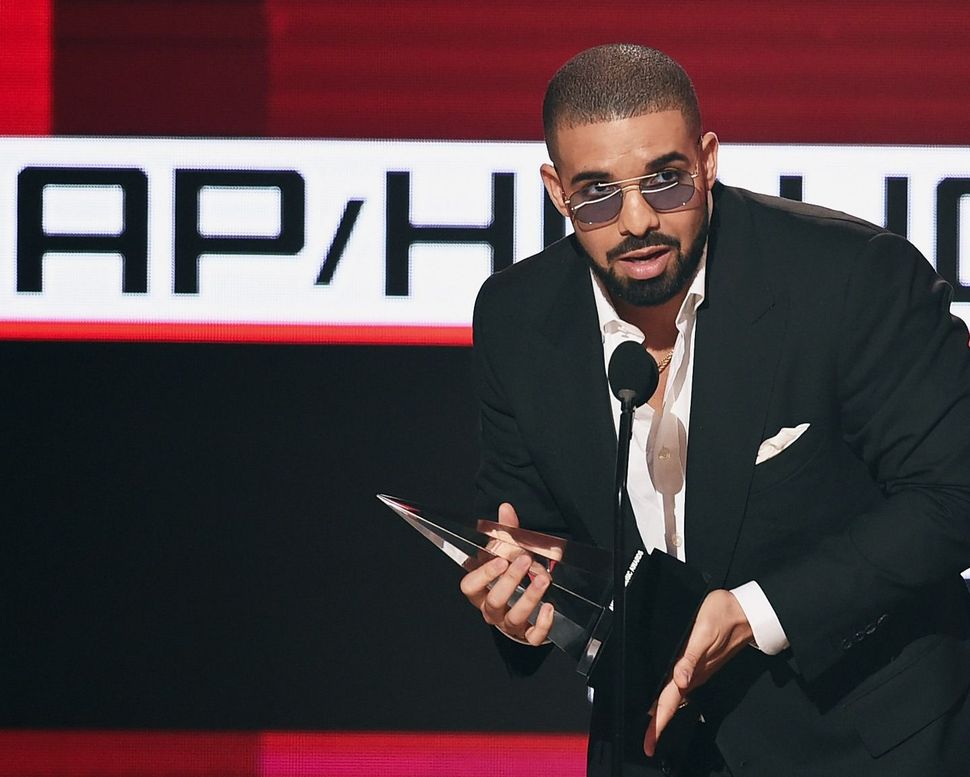 It’s not exactly news, since he didn’t exactly do anything, but we’re still kvelling over Drake right now.

Word is that when the rapper’s tour bus encountered stalled traffic after a performance in Manchester, England this past weekend, and the rapper learned the backup was due to police attempting to persuade a man on a bridge not to jump, he offered to help in the effort.

As the Manchester Evening News reported the police — unsurprisingly — declined; after all, they’re trained for the situation, while Drake, despite his many talents, is not. The man in question was rescued from the bridge and brought to a hospital.

A mensch in training, nu?