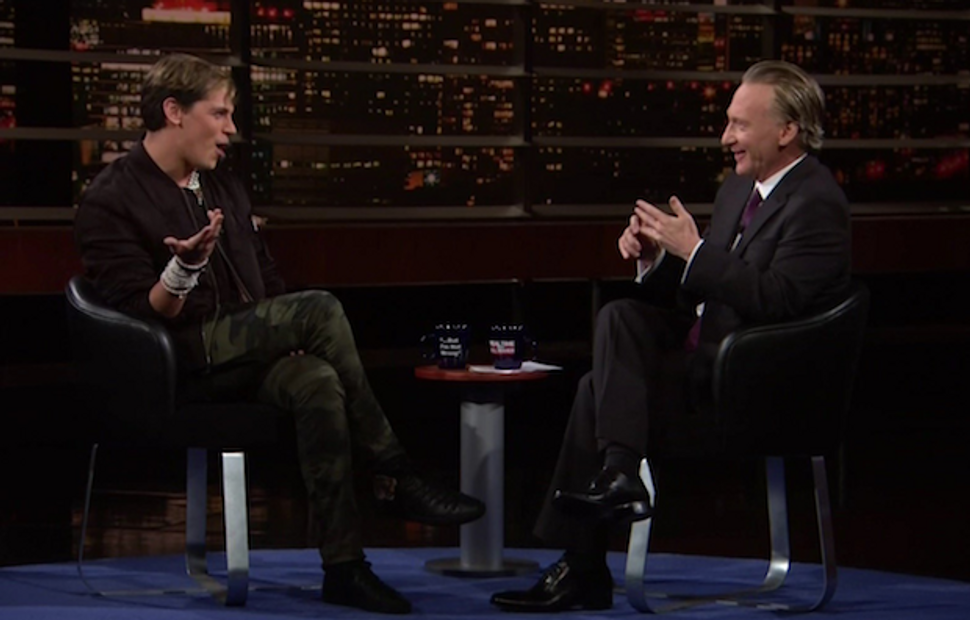 In the 48 hours that followed, Yiannopoulos was dropped as a speaker at the Conservative Political Action Conference, lost his book deal with Simon & Schuster and, on Tuesday, announced his resignation from Breitbart News. The writer stated that he didn’t want his “poor choice of words” to detract from the site’s work.

“What I think people saw was an emotionally needy Ann Coulter wannabe, trying to make a buck off of the left’s propensity for outrage,” Maher told The New York Times on Tuesday, discussing the writer’s appearance on his show. “…As I say, sunlight is the best disinfectant. You’re welcome.”

Maher received criticism for being too easy on Yiannopoulos during the show, and lightly glossing over his guest’s views against Muslims, feminists and transgender people — as well as his frequent defense of the alt-right.

“It’s not my job to hold him accountable to everything he’s ever said or done. I had eight minutes with him, on the show itself,” Maher explained in response. “Sorry I don’t have time to go over everything everybody else would want to do. We just had time to, sort of, start a discussion of the broad view of who he is.”

The talk show host added that he had no intention of taking down Yiannopoulos during their interview.

“I wasn’t trying to get him removed from society,” Maher said. “I’m somebody who, many times, people have tried to make go away… It just rubs me the wrong way when somebody says, ‘I don’t like what this person is saying — he should go away.’”