7 Best Jewish Moments From The Oscars 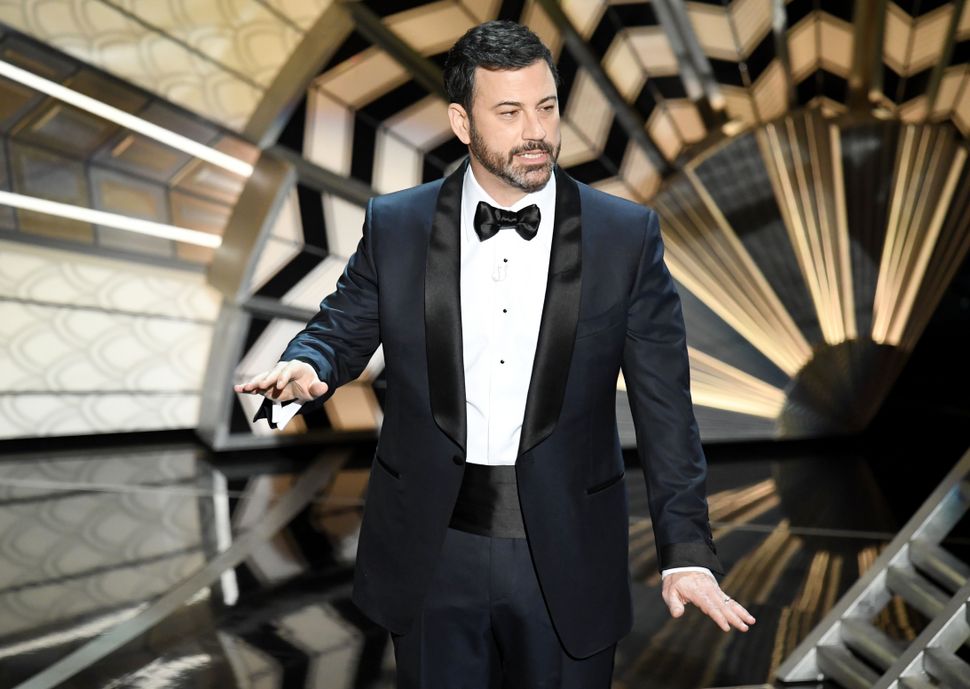 There was plenty of glitz, tears and jaw dropping awkwardness (yikes with the “Moonlight” best picture mix up!) to go around during Sunday’s Academy Awards show.

From a Ivanka Trump dig to a JCC shout-out, we pulled together the best Jewish moments of the night.

1) Host Jimmy Kimmel ribbed President Trump for his claim that Meryl Streep is “overrated,” by listing all of her many, many “lackluster” accomplishments. He finished off his bit by asking Streep: “Nice dress by the way – is that an Ivanka?” 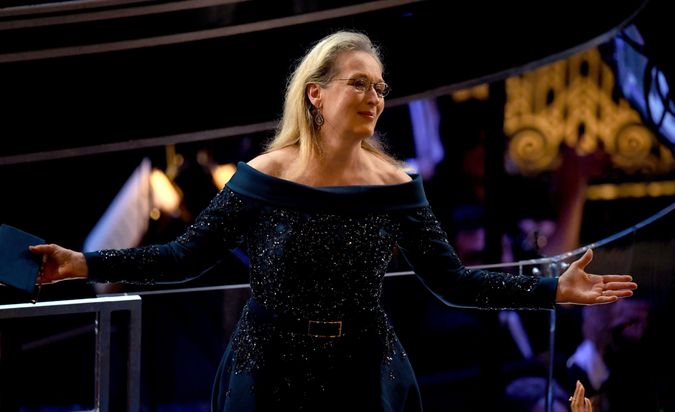 2) Mel Gibson’s film “Hacksaw Ridge” may have been up for a slew of nominations, but that didn’t stop Kimmel from pointing out the director’s history of racist, anti-Semitic comments. When “Hacksaw Ridge” star Vince Vaughn came on stage, Kimmel said of the actor: “Our next presenter is one of the stars of Hacksaw Ridge, which is nominated for Best Picture. It is the story of the conscientious objector who decides to work with Mel Gibson anyway.” 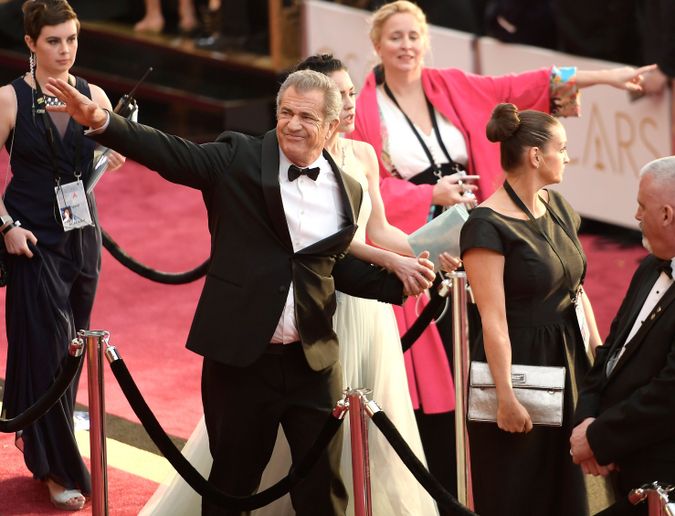 3) Seth Rogen and Michael J. Fox stepped out of a DeLorean together, and then sang ‘The Schuyler Sisters’ from Hamilton. Enough said.

Oh and P.S., Lin-Manuel Miranda was LOVING it.

4) Natalie Portman might not have been able to make the ceremony because of her baby’s due date but she did make an appearance in a segment that took on internet trolls. Portman, along with a slew of other A-listers, read aloud the worst tweets they’ve gotten.

5) When Justin Hurwitz, Benj Pasek and Justin Paul picked up the best original song award for La La Land’s “City of Stars,” Pasek had a very special message for his mother. “She let me quit the JCC soccer team to be in a school musical,” he said. “So this is dedicated to all the kids who sing and write and all the moms who let them!” 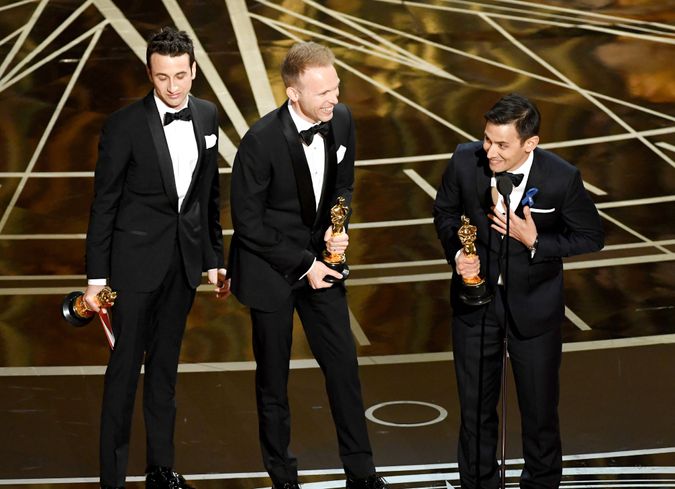 6) Sara Bareilles sang a stunning version of Joni Mitchell’s “Both Sides Now” during the “In Memoriam” segment. Carrie Fisher, Gene Wilder and Anton Yelchin were among those honored.

Debbie Reynolds, Carrie Fisher close the In Memoriam tribute at the #Oscars. pic.twitter.com/vVDpageplg

7) In the night’s most insane mix-up, “La La Land” producer Jordan Horowitz took to the microphone after realizing that his film had been incorrectly credited for winning best picture.

“This is not a joke,” Horowitz said. “Moonlight has won best picture.”

Watch the chaos unfold below:

7 Best Jewish Moments From The Oscars