‘Gilmore Girls’ Creators Talk Their Most Jewish Show Yet 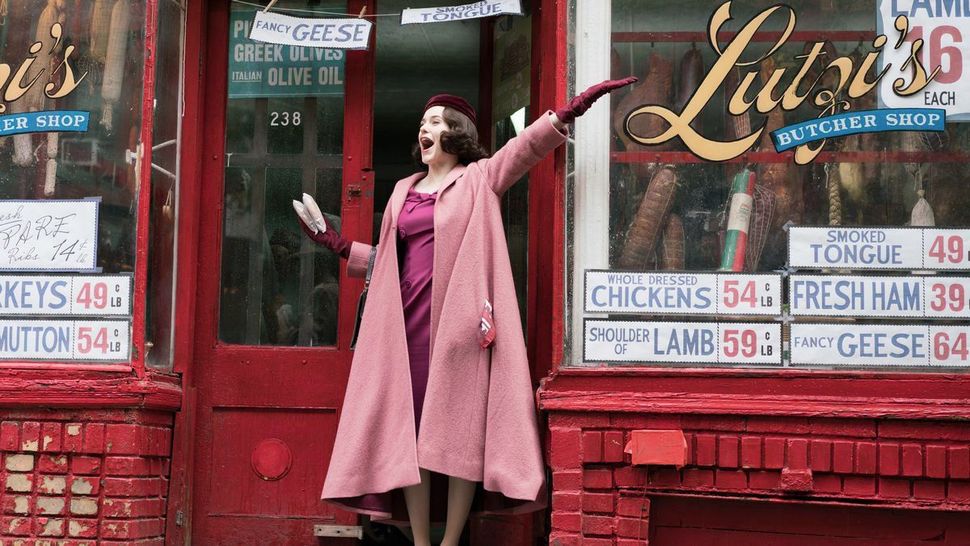 For Sherman-Palladino, it’s a love letter to her father.

“[My dad] was a stand-up comedian, so I grew up hearing about Greenwich Village and the Borsch Belt,” she said in a phone interview. “There were always a group of older Jewish men in our backyard trying to make each other laugh for hours and hours.”

Sherman-Palladino was too young to see her father perform in nightclubs, but she caught his act during the last years of his life, when he was doing the cruise ship circuit.

“I dragged my husband to Alaska to stare at icebergs and to watch my father perform for a very captive audience,” she recalled. “That was pretty great.” 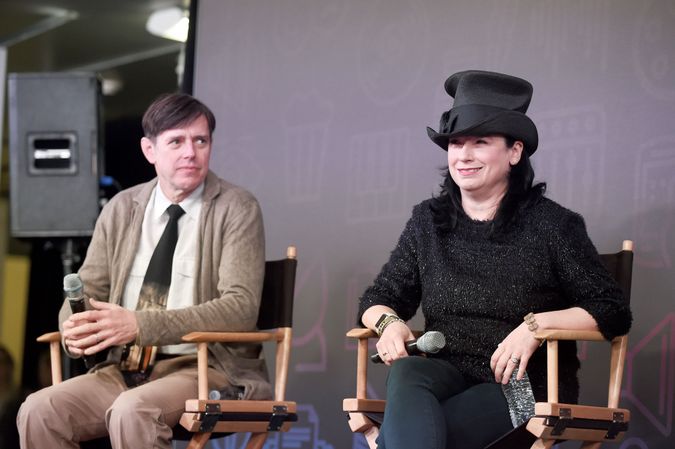 It was her father’s natural rat-a-tat, and comedy legend Mel Brooks, that shaped Sherman-Palladino’s style. As a child, she listened to Brooks’ “2,000 Year Old Man” on a loop in her bedroom, and she said she still hears his inflection when she sits down to write.

That might be why, she noted, “Gilmore Girls” – which features exactly one Jewish character– is actually, secretly, a really, really Jewish show.

“We took a very goyim family and we made them Jews in inflection. We delighted in that very much,” she said laughing. “Rhythmically it’s a very melodic way of talking and delivering lines.”

The Palladinos, who have been collaborating since their days writing for “Roseanne,” definitely have their storytelling patterns set.

The first rule? They never actually physically sit down and write together.

If they did that, Sherman-Palladino said cheerfully, it would be both a “blood bath” and a “murder-suicide pact.”

Instead, they brainstorm the episode’s story together, fleshing out their ideas as thoroughly as possible before heading off to write independently.

“That was our thing on “Gilmore Girls,” Palladino said. “We really had to make sure we understood what the emotional dynamic was going into the scene and what the scene needed to accomplish.”

Breaking the story was the most complex part, he added. Writing the tongue-twisting, rapid-fire dialogue “Gilmore Girls” is best known for was actually the easiest.

“We spent so much time working out every beat of every scene that we knew every person’s attitude going into it, so the dialogue was able to flow in a certain way,” he said.

Punchy, fast-paced dialogue aside, there’s a lot of similarities between “Gilmore Girls” Lorelai and “The Marvelous Mrs. Maisel” Midge. They both break convention, they’re both extreme type-A’s, and they’re both an equal mix of razor sharp confidence and intense vulnerability.

But that’s where the comparisons end, Sherman-Palladino said.

“They’re really two different type of women because they approach life so differently,” she explained. “Midge embraced her box that she was born into and embraced the social structure she was born into. She thrived in it, she loved it. Lorelai found it stifling and had to leave it. It’s interesting because it means their humor is going to come from different places.”

Both of the Palladinos admit that there’s a certain amount of pressure jumping into this new show, with a new set of characters, and a new set of expectations, after the monster success of “Gilmore Girls.”

But it doesn’t bother them too much.

“People work an entire career and they never gotten a chance to really do something that is purely theirs, that’s creative, and that people appreciate,” Sherman-Palladino said. “We got to do that with ‘Gilmore Girls’ and if that’s a slight albatross that follows us, boy, that’s a delightful problem to have.”

‘Gilmore Girls’ Creators Talk Their Most Jewish Show Yet