The 5 Most Exotic Passover Hotels You Need To See 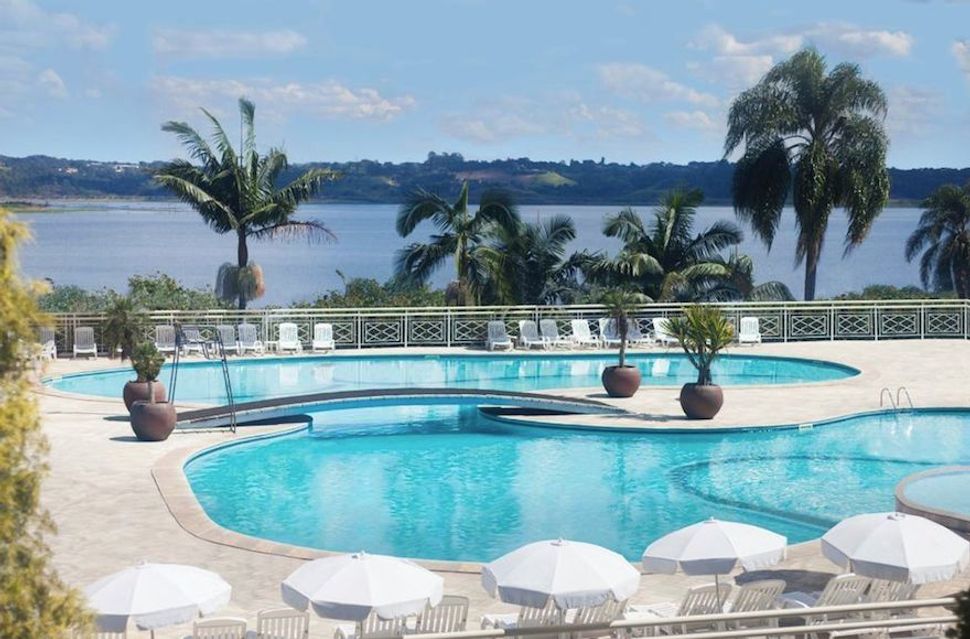 NEW YORK (JTA) — The Sun Belt is so yesterday.

For decades, the Passover all-inclusive holiday has become a mainstay for a certain subset of Orthodox Jews with expendable income. Families that observe the holiday and its strict dietary laws can ditch the cleaning, the koshering and the cooking for eight days in the sun, with all of their kosher-for-Passover meals taken care of — including two seders and all their trappings.

The stereotypical spring break locales — think Florida, Arizona, Mexico and the Caribbean — used to own the Passover hotel game, according to Raphi Bloom, founder of TotallyJewishTravel.com, a website that serves as a clearinghouse for Passover vacation bookings. The site lists at least 15 options in Florida alone. In addition, most hotels in Israel become kosher for Passover.

But this year the options are increasing, Bloom said, due in part to a strong economy. The number of Passover hotels advertising with him jumped to 130 from 120 a year ago, and he estimates that they will serve about 80,000 total customers. Bloom said visits to his website in advance of the holiday have jumped 33 percent over 2016.

With the increased competition, many Passover hotels are upping the ante. Beyond room, board and ritual needs — from seders to daily prayer services — hotels are drawing guests with ever-longer lists of amenities: water sports, golf and tennis, climbing walls, fitness and dance classes, full-day programs for kids, massages and day trips.

Some feature prominent Orthodox scholars-in-residence — think Rabbi Jonathan Sacks or former Sen. Joseph Lieberman — and many advertise their adherence to the strictest levels of kashrut.

Such experiences don’t come cheap: Prices for these all-inclusive experiences range from about $1,500 to $8,000 per person, according to Bloom.

But for those with cash to spare, here are five of the most exotic destinations to spend Passover this year. 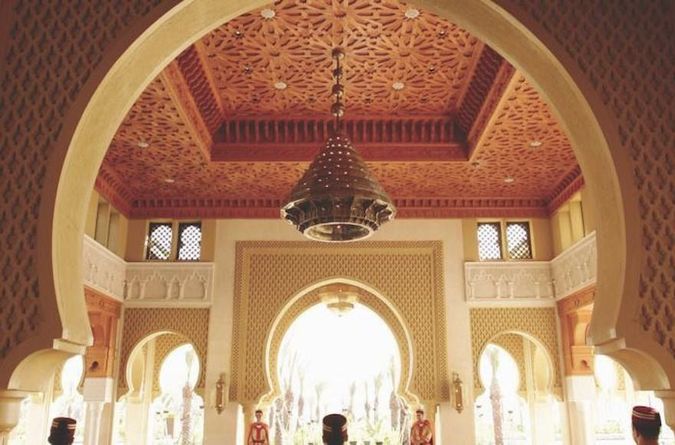 Passover in a country with no diplomatic relations with Israel? It’s possible.

Morocco has a small Jewish community and a thriving etrog industry. It’s become a Passover destination for Jews who want a Middle Eastern Passover outside of Jerusalem or Tel Aviv (or Egypt, for that matter).

This offering provides a mix of Western luxe and Middle Eastern history and culture. Located an hour south of Casablanca, the resort has golf (obviously), massages, go-karts, all-terrain vehicles, biking and tennis.

But for those who want to immerse themselves in the country, the program also offers day trips to Rabat, Marrakesh and Casablanca that showcase Morocco’s tourist highlights as well as Jewish historical sites — from Rabat’s Mellah, or Jewish quarter, to the grave of Joseph Caro, a 16th-century Jewish legal sage.

“The country of Morocco, for Jews, is very open relative to [other] Arab countries, and we want to take the opportunity to improve relations,” said Raphael Torjman, who manages the program and whose family hails from Morocco. “There are people who want to see this history.”

Also on offer: a Mimouna, a traditional Sephardic meal held after Passover incorporating round challah, eggs, dairy and fish.

Passover Down Under! For those willing to brave a seriously long flight, there’s an Aussie Pesach at the Surfers Paradise Marriott Resort & Spa on Australia’s “Gold Coast.”

Along with relaxation and, should you so desire, Torah classes, the resort is near top Australian surfing destinations. There are theme parks nearby, too, and guests can also take a day trip to the Great Barrier Reef, the world’s largest.

And if you think a nine-day package isn’t sufficient, the program offers “especially designed packages … in both Melbourne and Sydney to cater for our International guests who wish to arrive early.” 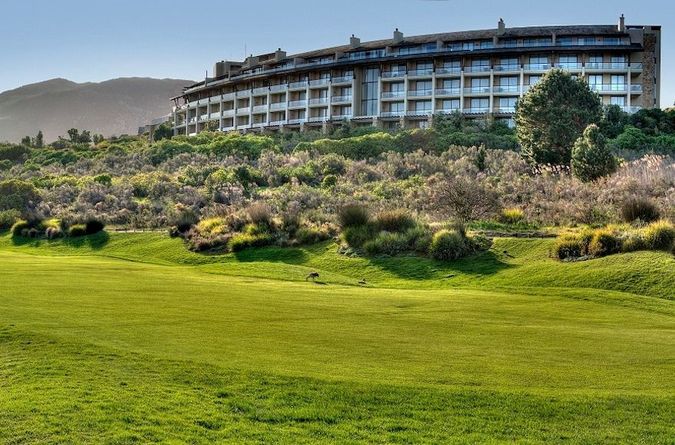 Image by Arabella Hotel and Spa

Go to the seder, then go on safari.

That’s the pitch for this hotel outside of Cape Town, which can boast being the only Passover resort in sub-Saharan Africa. In addition to golf, tennis and a swimming pool, the Arabella offers adventurous activities like shark diving, a crocodile farm and a zip line.

Wild animals, however, are the real draw here. Safari trips offer guests guided tours into the bush where lions, hyenas and elephants await. But what makes this safari different than all other safaris? A kosher-for-Passover picnic basket packed along for the ride.

Guests are attracted to “the idea of Africa being luxury in the bush,” said Yechiel Asseraf, who runs the program with his wife, Pammy, a safari guide. “It gives you an opportunity to see wildlife in its authentic form.”

If you don’t fancy a stay in a large country like Australia, why not spend it in the world’s second-smallest nation, Monaco?

Passover hotels dot southern Europe — from Spain to the Greek islands — but a stay in Monaco puts guests inside the playground of the rich and famous. Those who don’t drive a car during the holiday will have no problem traversing the entire country on foot — it’s smaller than a square mile — and take in everything from the Monte Carlo Casino to the Grimaldi Palace to the yachts.

And during Passover’s intermediate days, when Jewish law permits spending money, those with bursting wallets can enjoy the country’s high-end shopping.

If you want to travel far but avoid the jet lag, your best bet may be Club Med Lake Paradise, outside Sao Paulo. Guests here can climb, swim and kayak, but the resort’s 15-year-old Passover program, according to founder Salomão Berô, is different from others because it largely serves Latin American guests from places like Argentina, Chile, Brazil and Panama.

Bero, a chef, prides himself on the program’s cuisine, which includes kosher-for-Passover takes on Brazilian delicacies like pao de queijo, or cheese bread.

The 5 Most Exotic Passover Hotels You Need To See