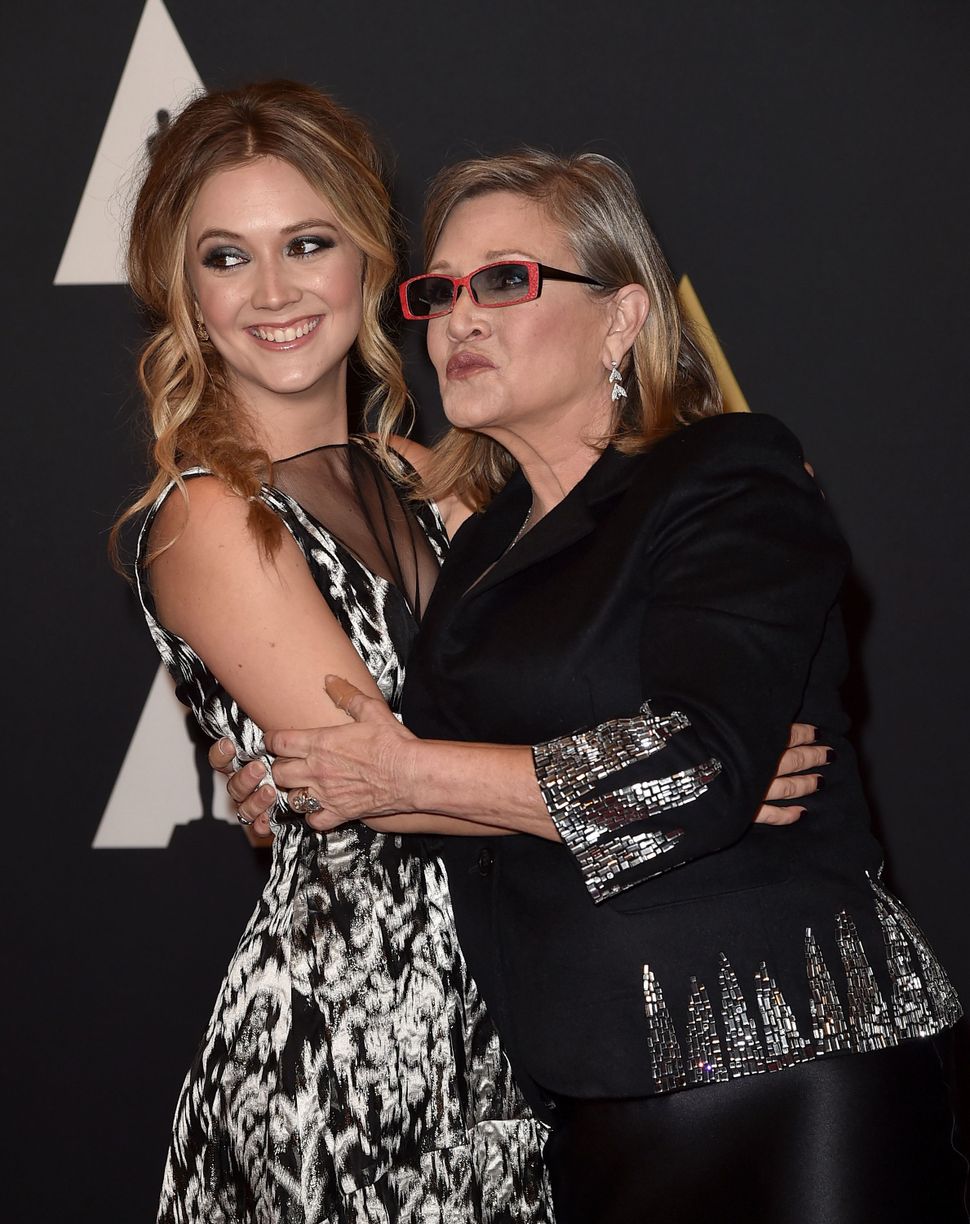 The youngest in a powerful dynasty of women, 24-year-old Billie Lourd wore a Princess Leia-inspired Tom Ford dress during her first public appearance since her mother and grandmother Debbie Reynolds’ deaths last December.

“She often openly fought her own dark side,” said Lourd, who called “Star Wars” a “religion, our family, and a way of life.”

“I learned by knowing her that the most evolved person is seemingly a contradiction: They’re both the strongest and the most vulnerable person in the room. And that was her. That is Leia,” she told the crowd. “Thank you for loving her and carrying on what she stands for. I am beyond grateful.”

Carrie Fisher’s screen test for “Star Wars” as a laughing 19-year-old. Her banter. Footage that depicts her playing a skilled warrior. Both “I love you, I know” exchanges. The buns. Carrie, last year, saying, “I think I am Princess Leia and Princess Leia is me”. Carrie lovingly ridiculing George Lucas for his habit of undressing women on screen. Her dog Gary falling asleep, tongue lolling out, on television. Reciting lines from “Star Wars” at every age. Little girls around the world dressed up as Leia. Carrie saying, “The princess is not a victim. She’s very strong.”

Every moment was iconic. Zichrona Livracha, Princess Leia. Thanks for keeping us all away from the dark side.

Watch the full tribute below: