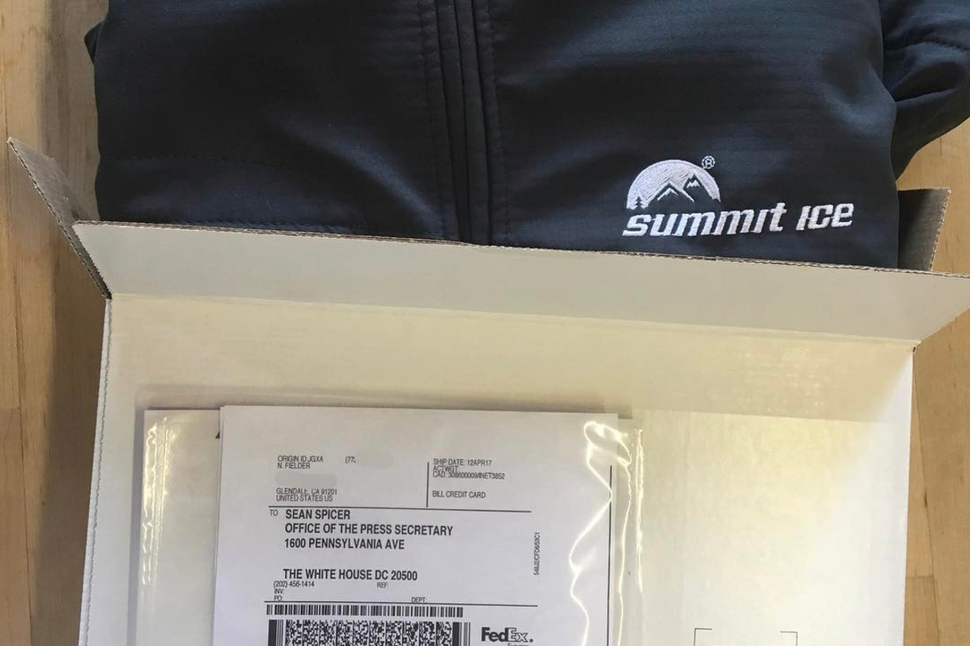 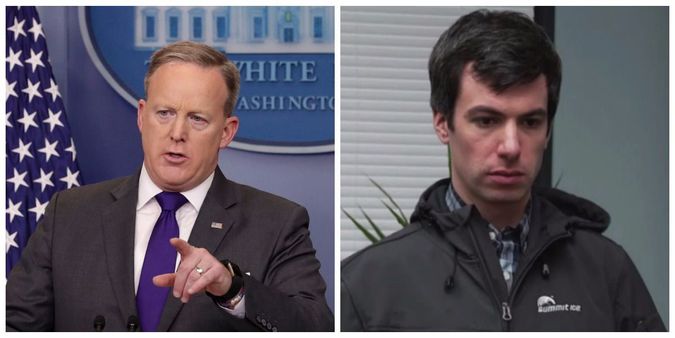 Two years ago, comedian Nathan Fielder founded an outdoor apparel company dedicated to promoting Holocaust awareness. Because that niche market was ripe for the taking, apparently.

Now, Fielder is using the jackets to troll the White House.

The Vancouver native launched Summit Ice Apparel during season three of his hit TV show, “Nathan For You,” when he discovered that his favorite jacket brand, Taiga, had recently published a tribute to a prominent Holocaust denier in its winter catalogue.

“I was in a problem, because as a Jew, I’m like ‘oh, crap,’” Fielder told Conan O’Brien in a segment about his new company. “In searching for a replacement, I realized that I couldn’t be sure that any of these other jacket companies weren’t hiding dark secrets as well. So I thought that the only way to be safe was to start a jacket company of my own.”

All of Summit Ice’s proceeds go directly to Vancouver Holocaust Education Centre and, according the company’s site, $150,000 has been raised so far. The softshell jackets have also been a hit among big-name actors, with Seth Rogen, John Mayer, Joseph Gordon-Levitt and a slew of other celebrities captured wearing the coats around town.

Could White House Press Secretary Sean Spicer be the next celebrity to show off the jacket? If Fielder has his way, the White House briefing room will look a lot more casual in the near future.

Groups on both sides of the aisle rushed to criticize Spicer after told reporters that Hitler “was not using the gas on his own people the same way [Syrian President Bashar] Assad is doing.”

Fielder went in a different direction — he decided that the voice of the President needed some new outerwear:

Will Spicer wear the jacket? Is he actually an XL? Will this be a topic on the next season of “Nathan For You?” Stay tuned.