Meet Moshe Kasher: The Newest And Jewiest Of Jewish Comedians 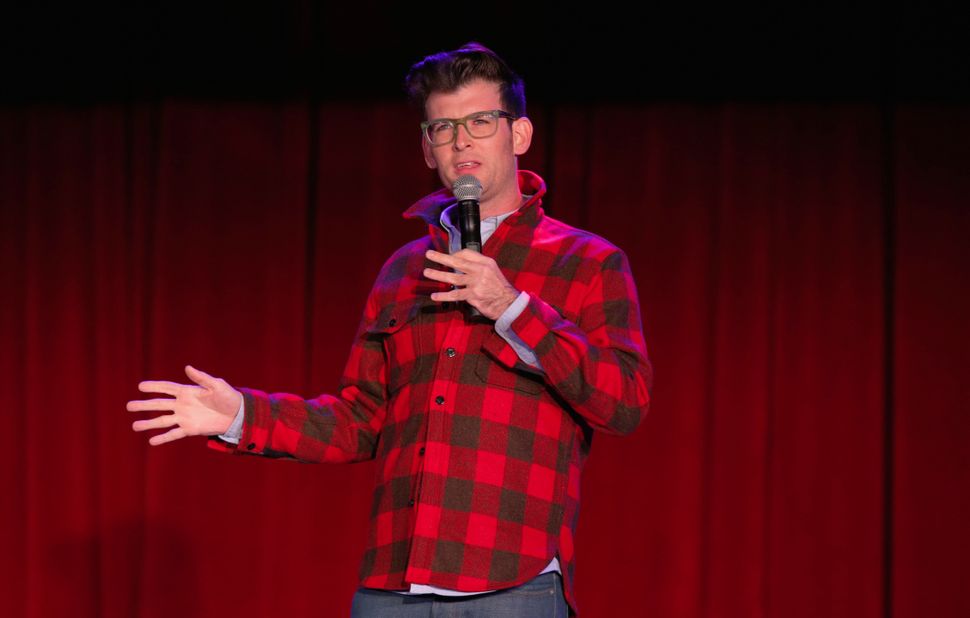 Here’s some things to know about Moshe Kasher, according to Moshe Kasher. He is a comedian, Jew, Jew comedian, pleasure center, good tipper and a beefcake. He has also made guest appearances on Chelsea Lately, Late Night with Jimmy Fallon, Conan, Drunk History, and (in case you can’t tell from the description above) he’s one of the Jewiest comedians about to hit the big-time.

The 37-year-old comic has a new talk show called “Problematic” premiering on Comedy Central April 18th, which will, according to Kasher be a “a safe space for offensive comedy.”

In preparation for what will most likely a highly trigger-free zone (heh, try calling this comedian a “snowflake”), we pulled together some of his best, Jewiest Twitter jokes so far.

Jewish children take to the streets! Expose the “Santa Claus Myth” once and for all! Unplug the gentile children from the Matrix!

It must be weird for other people to not be Jewish.

I just found out Scarlett Johansen’s mother is jewish. Now the last barrier between our marriage has been removed.

Yes Im jewish. No I don’t want to know how you feel about Israel.

I’ve never had an anxiety disorder but I am jewish and living through the current election which feels fairly similar?

TRIGGER WARNING: ALL OF JEWISH HISTORY

Santa Claus in terminal. Kid just screamed “IM JEWISH!” when he asked for a hug. Love my people.

Meet Moshe Kasher: The Newest And Jewiest Of Jewish Comedians