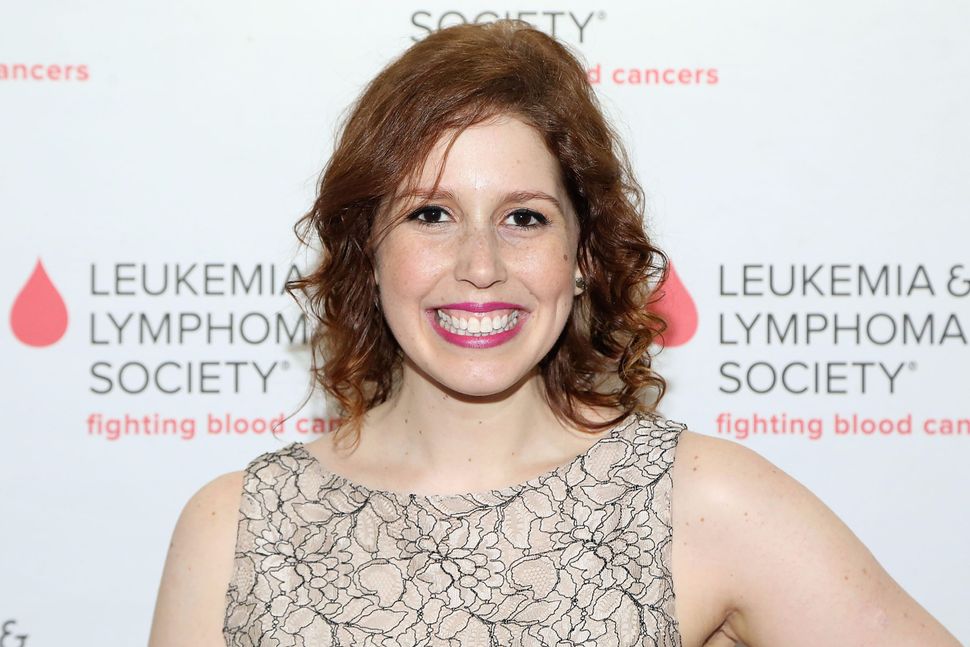 “Saturday Night Live” star Vanessa Bayer might not be a household name quite yet, but she’s definitely climbing the comedy ranks to sit right alongside alums Tina, Amy, Jimmy, Seth and the rest.

The 35-year-old Jewish comedian has successfully slipped from SNL, where she nails awkward adolescence as Jacob the Bar Mitzvah Boy, to the big screen, playing Amy Schumer’s best friend in the hit “Trainwreck,” and then rounding that all out with a hilarious turn as Danny’s aggressively boring date on “The Mindy Project.”

Here’s some things you need to know about the comedy star.

She was diagnosed with leukemia in high school, which she ultimately credits for pushing her towards her current career.

“I wasn’t really that scared,” Bayer told PEOPLE. “My dad is a really funny guy, and we would make jokes about my leukemia. When my friends would come over we would joke about it too. It’s sort of messed up out of context, but it put everybody at ease. Being sick is the reason I went into comedy.”

She performed in a show called “Jewsical: The Musical.”

Um, can we get a tape of this or something? Back in her early improv days at Chicago’s Second City, Bayer was part of the all-Jewish cast who performed “Jewsical: The Musical,” a satirical look at Jewish culture.

She used to be sent out only for “ugly” acting parts.

Annnnd file this under one more reason Hollywood is hideously demeaning. Bayer, who my mom would call “cute as a button” and I’d have to heartily agree, was sent out to audition exclusively for unattractive roles — including one pretty offensive peanut commercial.

She does a killer Rachel Green impression.

No, really. Watch below. Bonus points that Jennifer Aniston actually joins in. Rosssssssss.

Jacob the Bar Mitzvah Kid was based on the teens Bayer observed growing up.

“The town I grew up in was at least fifty percent Jewish, so every weekend in the 7th grade, we went to Bar and Bat Mitzvahs. It’s kind of based on that,” she told Rolling Stone. “I felt like I had seen that boy so much, and it’s so fun to play that little awkward boy who likes to tell dad-style jokes.”