Why Isn’t Gal Gadot’s ‘Wonder Woman’ Getting The Marketing It Deserves? 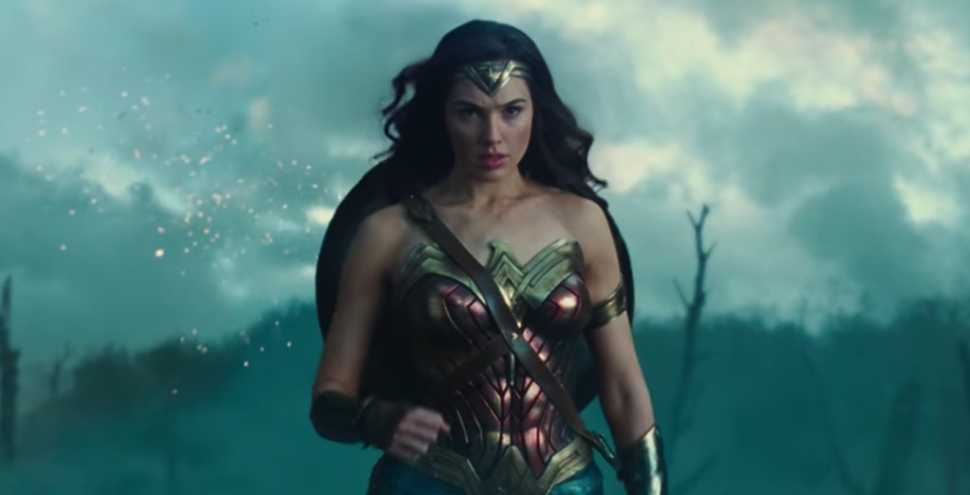 Wonder Woman is an Amazon warrior princess, a founding member of the Justice League, and an iconic superhero. So why isn’t her movie being given the marketing attention it deserves? The Warner Bros movie starring Israeli actress Gal Gadot comes out in less than a month, but the studio has given it negligible promotion compared to other superhero blockbusters like “Batman v Superman” and “Suicide Squad.”

So, as my aunt likes to say to unhelpful customer service employees, “Which is it you don’t like? Women? Or Jews?”

In the case of Wonder Woman v. Warner Bros, the answer could be either. Shana O’Neil, who broke this story on SyFyWire, points out that for a movie with a $120 million budget, “Wonder Woman” is not really being marketed at all. “Justice League,” which will be released by Warner Bros in November, has produced double the number of trailers as “Wonder Woman.” Not only does “Wonder Woman” have less advertisements and fewer product tie-ins than its peers, The Mary Sue noted that one of its few partnerships is with ThinkThin, a low-sugar protein bar marketed towards women. In a twist that would have Betty Friedan ready to hang herself by a lasso of truth (Wonder Woman’s weapon of choice), ThinkThin’s promotion involved a survey asking women what superpower they would most want. The most popular answer? Invisibility.

Studios who have witnessed the success of “Frozen” and “StarWars: The Force Awakens” know that people want to see movies about strong women. But which people? Wonder Woman, a warrior goddess who seems visually to have sprung fully-formed from the collective male gaze, presents a paradox that makes marketing tricky. Is she a vessel for male desire? A role model to young women? Can she be both? Should she have to choose? Warner Bro’s movie probably won’t answer these questions, but the least they can do is beckon audiences to come see for themselves.

Wonder Woman is as old as World War II. That means there are women who have been waiting to see her fully realized on the big screen for 75 years. William Moulton Marston, the psychologist who created Wonder Woman, wrote in 1943, “Not even girls want to be girls so long as our feminine archetypes lack force, strength, and power.” I wonder if he could have foreseen that Gal Gadot would be criticized for being too thin, too flat-chested, and too weak to play Wonder Woman. National dialogues have swirled around her armpit hair. But I also wonder if he could have guessed that a current DC Wonder Woman writer would announce that the superhero is bisexual, or that she could be played by a Jewish woman. Hearing Gal Gadot say in her heavy Israeli accent to an American soldier in World War I, “I cannot stand by while innocent lives are lost” feels almost radical.

It’s a wonderful and terrible time to be a woman. We have to think big, not thin. And studio budgets to support movies starring women should be Amazonian-sized.

Why Isn’t Gal Gadot’s ‘Wonder Woman’ Getting The Marketing It Deserves?