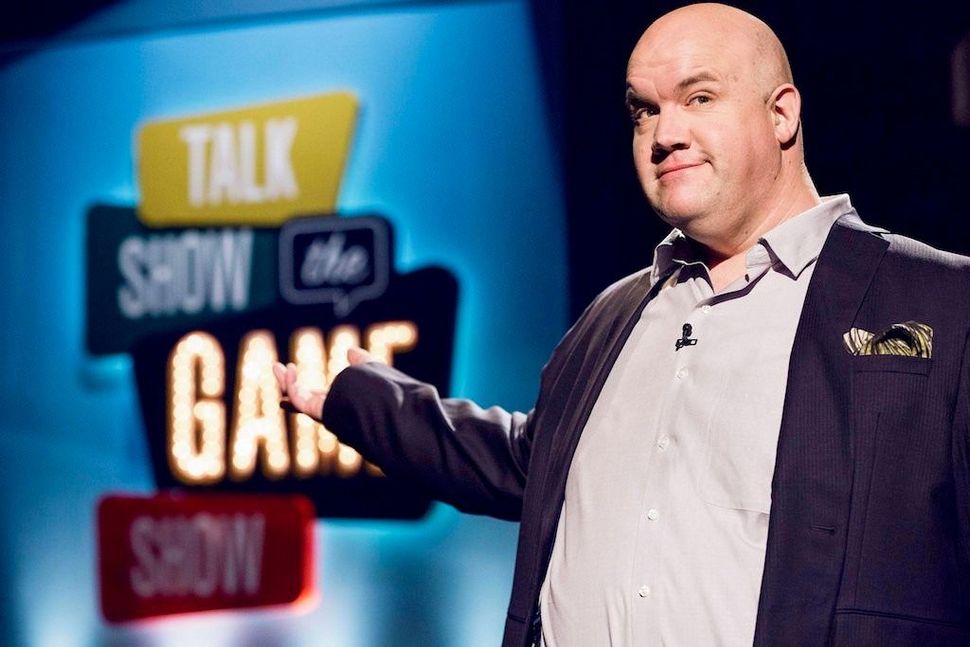 The 41-year-old comedian, whose writing credits include “The Mindy Project,” “Chelsea Lately” and “Fashion Police,” has tossed the contents of primetime chat shows into a blender, shaking up all their predictable, formulaic bits.

The result is the refreshingly silly “Talk Show the Game Show,” which jovially pits celebrities against each other to win the coveted title of “Best Guest of the Night.”

A few ways to earn points? Flirt with the host, show up visibly drunk or tell an on-set prank anecdote.

Expect to be taken down several pegs for white male fragility, excessive plugging and showboating.

“So many talk show appearances today are lifeless,” Branum said during a recent phone interview. “Everyone is terrified of doing or saying anything actually interesting.”

The comedian recalled watching a round of charades on “The Tonight Show Starring Jimmy Fallon” and growing irked when he realized that game was completely fixed. Everyone made two wrong guesses and a right guess.

“There was no element of chaos,” he said. “They’ve just made it too safe for A-listers who don’t want any danger.”

A slew of celebrities have already been more than happy to step into Branum’s line of talk show fire, including Wanda Sykes, Nikki Glaser and Chelsea Handler.

Branum, who worked with Handler for three years on “Chelsea Lately,” credits the comedian for teaching him the right way to interview a guest.

“Chelsea is just about the best goddamn interviewer in the business,” Branum said. “She goes out there, and asks what she wants to ask, and says what she wanted to say. That made it fun. It meant that people like T.I. and Gene Simmons would have a moment in their chairs where they would actually have to think.”

The comedian has worked with a slew of powerhouse showrunners, from Mindy Kaling (who direct-messaged Branum on Twitter offering him a writing gig on “The Mindy Project”) to Billy Eichner, the creator of man-on-the-street comedy series “Billy on the Street.”

Branum doesn’t write for Eichner, but sits in on meetings, pitching ideas and fleshing out concepts.

“That show is really about a specificity of voice,” Branum said. “For an extended period of time, I was researching a game that was going to be called: ‘Has Roseanne Barr Argued With This Person On Twitter About Israel?’”

The comedian added that — major plus — the “Billy on the Street” writer’s room is extremely Jewish.

“It’s like, look, I’m Jewish, but only on my mom’s side, and I’m from California. That essentially just means I believe in Sephardic pronunciation,” he quipped. “But, [Eichner] is from Queens, [producer] Julie Klausner from Scarsdale. It’s also a very gay space. Normally you’re in a writer’s room and you’re probably the only gay person in the room. There, it’s the majority. And, who’s gayer than Julie Klausner?” 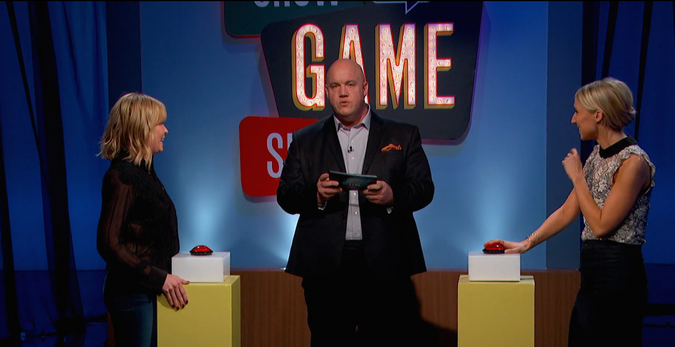 Few comedians can say they’ve had the opportunity to hone their joke-writing skills quite like Branum can. The comedian spent a year working in the ultimate training ground for comedy — Joan Rivers’ living room.

Branum nabbed a job writing for “Fashion Police” while he was, quite begrudgingly, working on “Punk’d,” a practical joke show run by Ashton Kutcher.

“That was a show that was so much about…what are we going to put in the gas tank of this girl who was in ‘Twilight,’” he recalled. “I would leave that job and then go with my list of mean one-liners to Joan Rivers’s house and it was so much better. It was so much more satisfying.”

He recalled feeling completely intimidated when he met Rivers for the first time. She was in her house coat, surrounded by deli food, and he had to start pitching jokes.

Much to his relief, she laughed.

Branum added that Rivers reminded him a great deal of his Jewish mom — both because of their nurturing instincts, and and their boatloads of neuroses.

“She was a person who was always waiting for life to fall apart and for everything to get terrible again. And that’s my mom,” he said. “One of my theories is that every Jew that said ‘this is fine, this will blow over,’ will die horribly. The only genes that remain in our gene pool are fear, terror and ‘I should swallow my rings and cross the border.’”