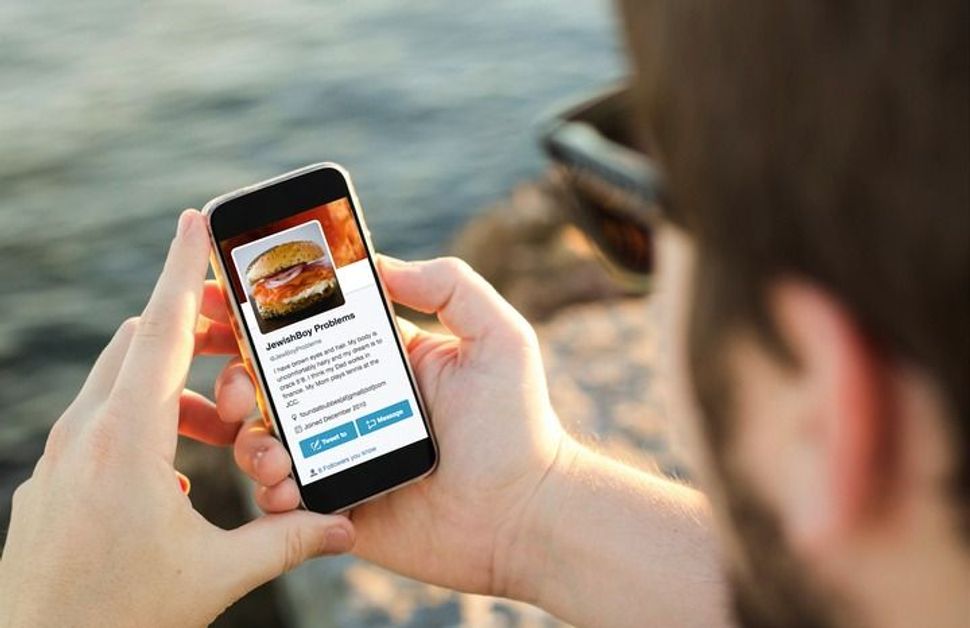 Scroll through the parody Twitter account JewishBoy Problems, and you’ll be met with the following hot button topics. Excessive hairiness, digestive problems, concerned mothers and JSwipe – basically a collection of the most relatable topics for Jewish men (and, let’s be real, Jewish women, alike).

The creator of the account, who remains anonymous in interviews to maintain his Twitter’s parody persona, started JewishBoy Problems back in 2010, from his college dorm room. It now has 27,900 followers.

“I thought, wouldn’t it be funny to write about something I know? And that’s being Jewish,” he said in a phone interview. “I started to go through my social media feed from people I knew from Hebrew school, high school and college and aggregated everything I was seeing.”

The term JewishBoy Problems was pulled from his own college friend group’s lexicon.

“I went to school in upstate New York where it was usually cold, wet and snowy. One night, I told my friend I really didn’t feel like going out because I knew if we went to a bar I would lose my North Face jacket there with everyone else’s,” he recalled. “And my friend was like, that’s Jew boy problems.”

The account isn’t just about the boys, though. Every week, there’s a tradition called #TextsFromMomTuesday, a call-to-action for Twitter users to submit the most ridiculous texts they get from their Jewish mothers. Unsurprisingly, food, matchmaking, inclement weather and Seder plans are at the very top of the list.

We pulled together some of the very best JewishBoy Problems. Enjoy, and don’t forget to call your mother.

We all know someone who “peaked” during sleepaway camp.

Honestly “Jewish and UPENN” was all I needed to hear.

@JewBoyProblems my mother who doesnt even live in nyc is trying to convince me that it isnt snowing #textsfrommomtuesday pic.twitter.com/jyV5bovgIR

My Hebrew School crush is currently dating a man with a receding hairline. Meanwhile, I find hair in a new place each day.

I might be the only 20-something Jew in NYC who doesn’t see a therapist.