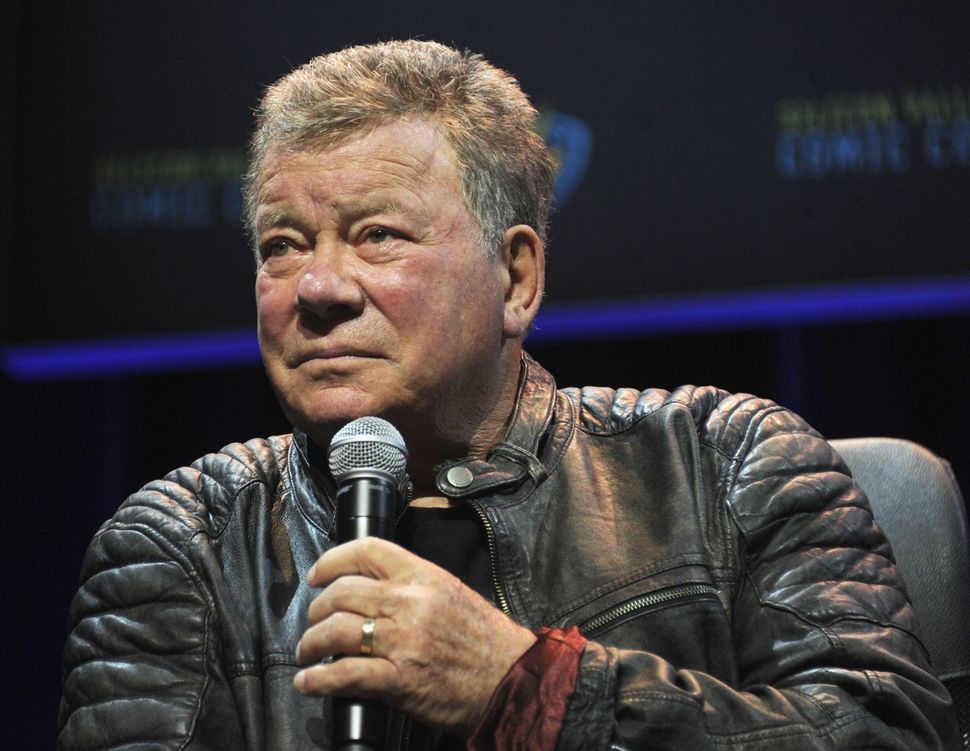 On Wednesday, The Daily Beast published an interview with William Shatner – who was very beautiful when he was young – in which the Priceline Negotiator off-handedly mentioned he wasn’t “trying to do anything to get deported.”

Shatner, who is Canadian, was responding to a question from the interviewer, Craig Modderno, about an anti-Trump petition that most of Shatner’s ‘Star Trek’ castmates signed.

The interview also touched on Shatner’s love for horses, his desire to sing a song on ‘The Voice,’ and (very briefly) his new book. But because the Internet is a sadistic place where people like to take the comments of celebrities out of context in order to “grow” their “followers” so they can charge advertisers more, the deportation remark was immediately targeted by entertainment bloggers.

This morning, Shatner, an avid presence on Twitter, tweeted out a response to the interview.

The sad thing was that the article in @thedailybeast was supposed to be an interview about my book: https://t.co/DE1DrTmbHU #neveragain ?

This, unfortunately, is why we can’t have nice things, like interviews with William Shatner. God-willing, Shatner’s “never again” is hyperbolic, or refers only to future interviews with The Daily Beast, but to play with fire like that in the first place is irresponsible of Modernno and of everyone with an opinion about 86-year-old white men living in fear of getting deported back to Canada.

For the record, Shatner’s new book is called “Spirit of the Horse: A Celebration in Fact and Fable.” It has one review and five stars on Amazon and I am definitely going to read it.