Why Barbra Streisand Is Still The Definitive ‘Hello Dolly!’ 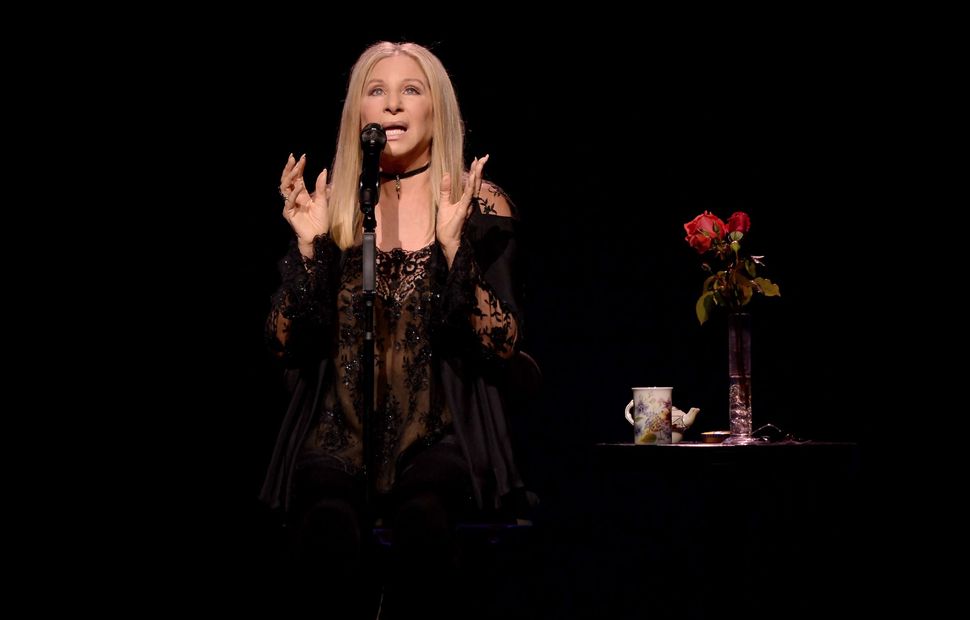 Strip off your Sunday clothes and slip into your sparring outfit—the Tony Awards are over for the year and it’s time to set the record straight.

Sunday night, a very nice-seeming Jewish lady by the name of Bette Midler accepted the Tony award for Best Actress in a Broadway Musical with a speech that was longer than my Bat Mitzvah haftarah reading. Midler is wildly talented, dripping with charm, and tremendously well-reviewed as Dolly. There’s just one thing.

As a survivor of many years of Jewish summer camp I hate to pit two nice Jewish girls against each other. Midler is part of a lineage of Dolly’s: Carol Channing! Mary Martin! Tovah Feldshuh! Each of these icons has kept Dolly glowin’, crowin’, and goin’ strong.

But there can only be one, definitive Dolly.

And that person’s name is Barbra Streisand.

Before we get to our reasons, let’s pause to acknowledge that between Barbra, Bette, Jerry Herman (who created the musical), Michael Stewart (who wrote the script), Jerry Zaks (the current Broadway production’s director), Beanie Feldstien (one of the stars), Natasha Katz (six time Tony award winner who did the lighting design), Dolly Levi herself, and Scott Rudin (who produced the damn thing), we are approaching minyan-level Jewish involvement.

That Voice Is there any person in the world whose soul is not completely set on fire by Barbra Streisand’s voice? Listening to her sing feels like being massaged and then playfully hit in the face by a satin ribbon. Her ability to convey joy, longing, and lightness with her voice is unparalleled. The effect her vocal quality while singing “You’re gonna take New York by storm!” brings on is ecstasy.

She’s A Diva’s Diva Barbra is the ultimate diva. To compare: Last night Bette Midler refused to perform at the Tony Awards and then delivered a sort of ode to herself about how much “smoke” was up her “a**” (maybe she was confusing the smoke with the steam coming out of the ears of Patti Lupone, who performed and lost to Midler.) Refusing to sing is very impressive diva behavior, but Barbra actually wrote the book on being a diva—“My Passion For Design”, a grand tour of her aesthetic, from her “elegant barn” down to her “napping room”. She has won Grammys, Oscars, Emmys, Tonys, and Presidential Medals of Freedom. She watches award shows in her award room surrounded by awards and a framed picture of herself. She recently tweeted, “never leave home without your cape.”

She Has The Comic Timing Of A Swiss Watch Watching Barbra Streisand teaching schlumpy clerks to waltz or sing-shouting “If you want your bustle shifted, wedding planned, or bosom lifted—Don’t be ashamed girls! Life is full of secrets, and I KEEP ‘EM!” is a reminder that they don’t call her “funny girl” for nothing. They call her funny girl because those words describe her accurately.

She Makes Being Serenaded By Waiters Seem Like An Exciting Plot Point Even though “Hello Dolly” has many exciting plot twists (being hauled into night court! Trying to commune with your dead husband!) somehow the most mesmerizing moment is a woman visiting a restaurant she hasn’t been frequenting and being serenaded by a group of acquaintances and service workers who have banded together to celebrate her greatness. Only Babs, dipped in gold and bursting with feathers, could make this believable.

She Sure Can Wear A Hat Barbra Streisand as Dolly redefines the concept of hats. Somewhere between fruit basket and deconstructed down comforter, each hat looks like it knows it’s lucky to be on her head.

I Don’t Know How She Does It Barbara’s Dolly is an early rebuke to the modern anxiety about whether or not women can or should “have it all”. Her Dolly is an impressive striver with a heart of gold who knows what she wants. Leading parades and tossing off one-liners in style, she is like a widowed, female Ferris Bueller. She can’t be categorized.

The Nose Barbra Streisand’s refusal to ever apologize for her gorgeous nose is a gift to Jewish continuity of the same magnitude as the funding of Birthright.

Lets put Barbra Streisand back where she belongs: as the superlative Dolly in a pantheon of greats.

As Dolly herself says when she’s beguiling Horace Vandergelder into falling in love with her, “No use arguing, I’ve made up your mind.”

Why Barbra Streisand Is Still The Definitive ‘Hello Dolly!’