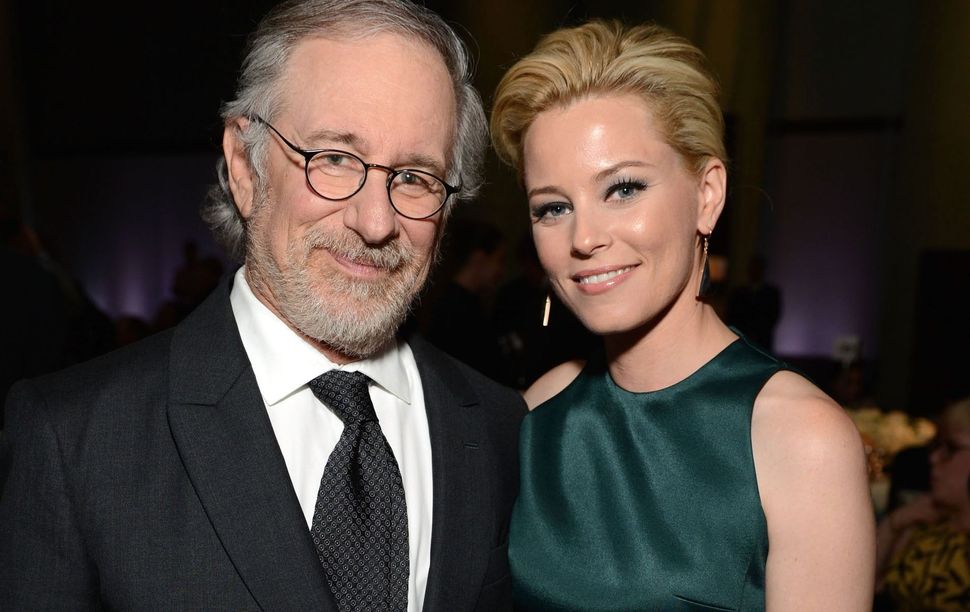 Collecting an award for women in filmmaking, Banks, who is known for her icy wit and multi-hyphenate talent, spoke about the importance of exposing children to female-driven storylines. She criticized Spielberg for failing to do so.

“I went to ‘Indiana Jones’ and ‘Jaws’ and every movie Steven Spielberg ever made,” Banks told the award show audience. “And by the way, he’s never made a movie with a female lead. Sorry, Steven. I don’t mean to call your ass out but it’s true.”

As Vulture points out, this is not exactly true. It is 91.6% true, to be exact. Of the 30 feature films Spielberg has directed, 2.5 have featured women in a starring role. His movie “The Sugarland Express”, which starred Goldie Hawn in 1974, was followed up nearly a decade later with “The Color Purple”. 2016’s “The BFG” technically had a little girl for a protagonist, but since the titular role is not only male but also described as “big”, we give it only half credit. His upcoming Meryl Streep film, “The Papers”, will bring him up to around a 10% grade for films starring women.

Of course, Spielberg is an institution whose labor has birthed creations that spark joy and help us understand the world a little better.

However, women are an institution who have done the same.

Banks said that she is thrilled that her sons will grow up watching films with the kinds of characters she never saw on screen as a child, like Anna and Elsa from “Frozen”, and the new “Wonder Woman”. Accepting the award, she said she hoped that her success as a director would beat down barriers that keep other women from succeeding as filmmakers. “It’s really about expanding the roles of women in this industry,” she told the crowd.

“Buy a f***ing ticket to a movie with a woman, take them, give them the experience of seeing amazing women on film,” Banks implored of listening parents.

Next she’ll helm a reboot of “Charlie’s Angels,” a series about three super intelligent and highly trained model-like best friends who live to do the bidding of a nondescript man named Charlie.

Or maybe under Banks’ direction, Charlotte.