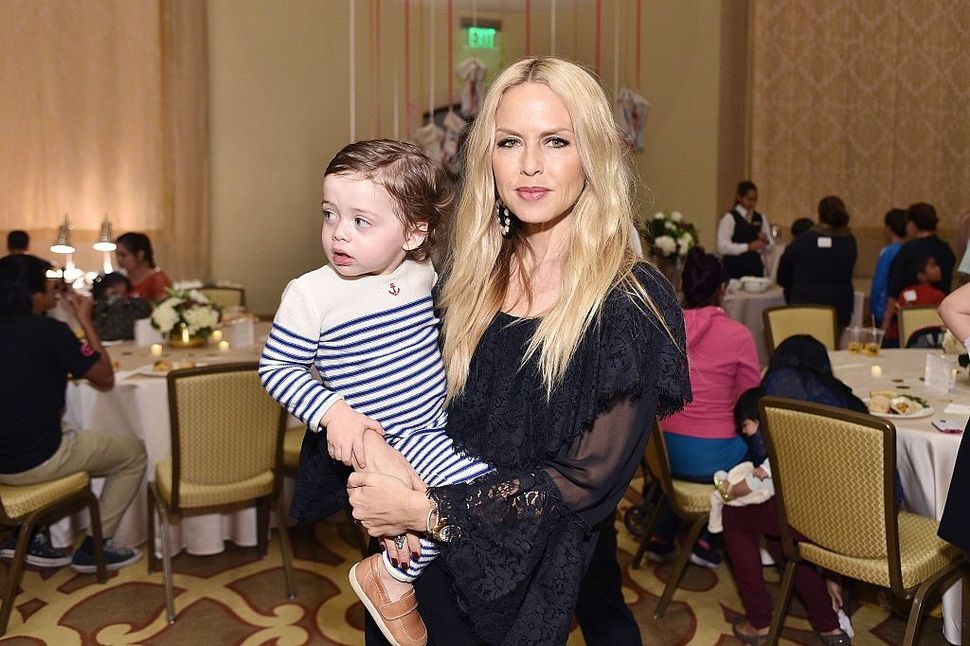 For a professional stylist, Rachel Zoe has been putting up with a barrage of criticism about a surprising issue: her son’s hair.

The fashion designer and stylist, who has dressed Lindsay Lohan and Jennifer Lawrence and starred in the Bravo reality show “The Rachel Zoe Project,” has two sons with her husband, Roger Berman. Skylar and Kaius are six and three, respectively, and up until both boys’ third birthdays, Zoe’s frequent Instagram posts of her sons received consistent, curious criticism.

“I did not realize is a boy”

What the friendly and warm Instagram commenters likely did not know is that Zoe chose to wait until each of her children turned three to perform an upsherin, a ritual Jewish practice that scholars believe dates back several centuries, in which a boy’s hair is not touched until his third birthday at a communal ceremony.

Zoe posted a photo of the angelic three-year-old Kaius getting a haircut in his back yard from stylist Joey Maalouf with the hashtag #thisis3. Congratulations streamed in from Zoe’s more in-the-know fans:

“Mazel tov may he give U much nachas”

“Mazel tov for his upsherin”

“you think she waited because he’s 3 for Jewish reasons?”

“Finally. Thank god already. What were you ever waiting for”

So just to keep track, for our ancestors who left behind their worlds to come to this country and subsisted on factory wages in one-bedroom tenements shared by nine family members, this week:

A blonde Jewish woman who runs an enormously successful business that boils down to telling other people what to wear challenged societal conventions about the way gender is expressed by embracing a somewhat obscure Jewish custom that involved a Syrian-Lebanese man giving her son a ritualistic haircut.

With liberty and nachas for all.