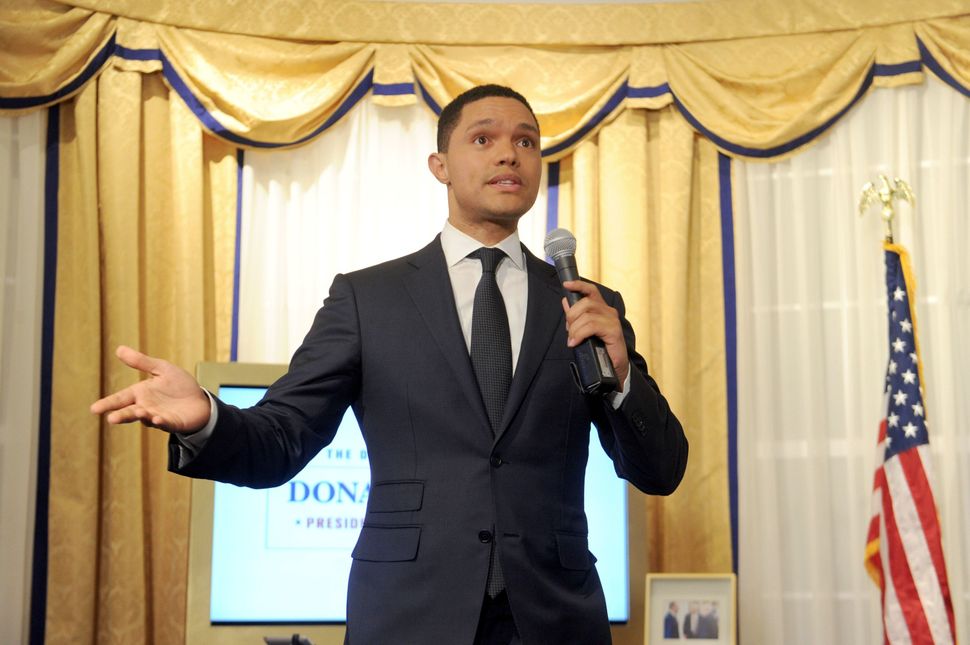 Trevor Noah faced more than his fair share of criticism upon replacing beloved “Daily Show” host Jon Stewart but the comedian has repeatedly since proven that he is the best man for the job.

Tuesday night, Noah took a few minutes out of the show to react to the Philando Castile verdict. In one of those rare “Daily Show” moments that are absent of humor, a visibly shaken Noah expressed his disbelief over the dashcam video of a police officer who shot and killed Philando Castile in July of 2016. The video was released just days after the officer was acquitted of all charges.

“The most painful thing is for years people said that there’s a simple solution to police shootings,” said Noah. “Just give the police officer’s body cams. Then there will be no question about what happened.”

The video in question is the product of one of these dashboard cameras. The footage is of a white police officer pointing and shooting a gun into Castile’s vehicle as his girlfriend begs for the officer to stop. The footage and audio makes it, frankly, difficult to conclude that Castile or his girlfriend were in any way aggressive towards the officer.

“What they’re basically saying is, in America, it is officially reasonable to be afraid of a person just because they’re black,” concluded Noah.

Despite his massive celebrity, Noah is still a black man living in America and, as such, his monologue is more relevant — and more heartrending — than his competing late night hosts, who will undoubtedly be covering the Castile verdict with their own measure of disbelief and anger.

You can watch the full video below: