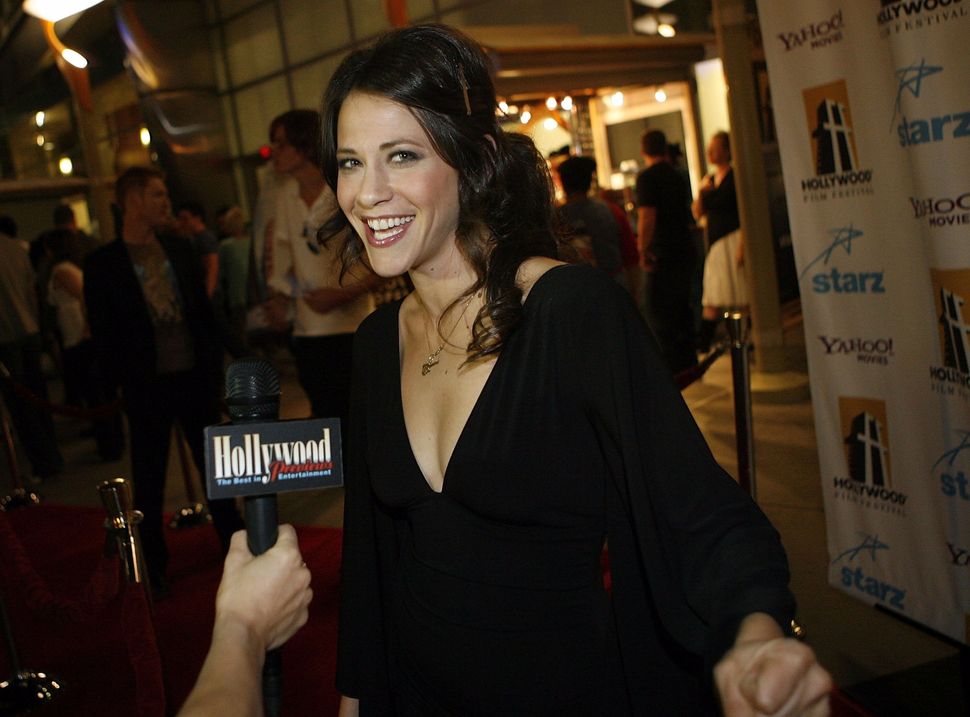 If, like me, you spent your weekend watching “GLOW” in its entirety on Netflix, you know exactly who Jackie Tohn is.

Or at least you know Tohn’s character — the funniest, in my opinion, of the entire cast. She plays Melrose, the irreverent Jewish nihilist who drives a limousine just because she can, on Jenji Kohan’s new series. And she absolutely kills it. Tohn steals every scene she’s in with her hilarious, raunchy sense of humor and impeccable comedic timing.

But who is Jackie Tohn, the person? Melrose, it could be said, is Tohn’s breakout role but she’s been around for a while. Read on for some fast facts about where Tohn came from.

1.She got her start on Season 8 of “American Idol.”

The brunette made it to the top 36 on “American Idol,” making her possibly the most successful person to come out of the top 36 ever on the show. This was the season Kris Allen won (remember him? Neither do I). Adam Lambert, who went on to have an actual career, placed second.

2.She starred opposite Fran Drescher in “The Nanny.”

Okay, okay – perhaps this is where Jackie Tohn actually got her start. The comedic actress starred in an episode of “The Nanny” with Fran Drescher and British dreamboat Charles Shaughnessy when she was only 12. She played Tiffany Koenig, the purveyor of Brighton Sheffield’s very first make out session.

3.She went to the University of Delaware – for one semester.

Tohn attended the University of Delaware for a semester in the fall of 1998, where she studied elementary education. She was even in an a cappella group for one semester before she left to pursue her entertainment career full-time.

Tohn attended Camp Lokanda in upstate New York as a kid. The camp serves Kosher meals and hosts a traditional Shabbat dinner every Friday night of the summer.

The EP has a distinct, folksy sound to it and includes six original songs. Tohn has a lot of experience as an acoustic performer — she’s performed at famous venues in New York City and Los Angeles, alike. You can listen to the full EP on Spotify.

So there you are — everything you have to know about up-and-coming superstar Jackie Tohn. She’ll be starring next as Gilda Radner in David Wain’s “A Futile and Stupid Gesture.” I have full faith that she’ll do the late actress absolute justice.