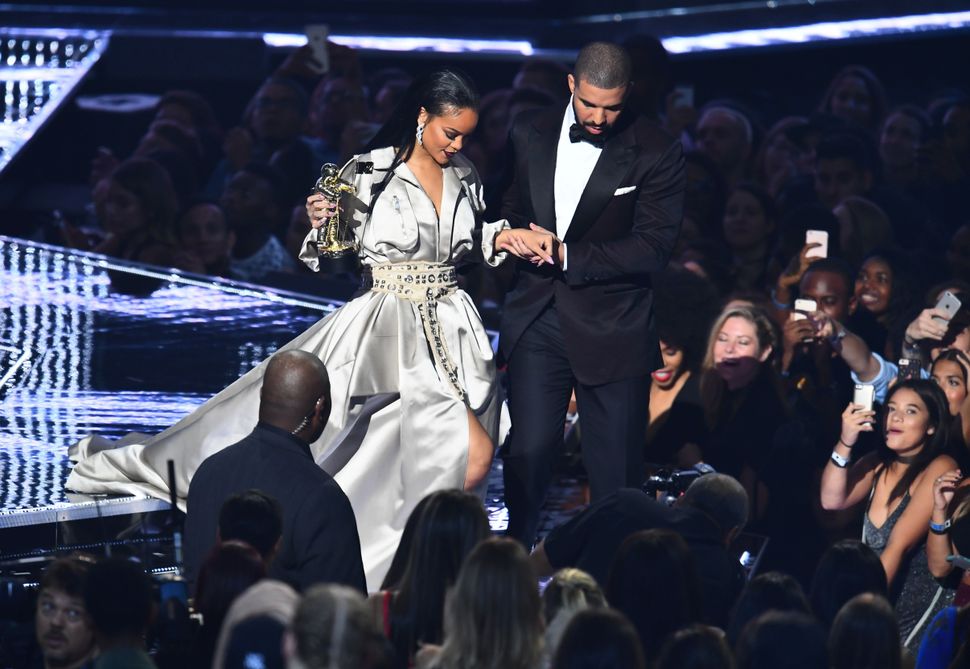 Pens out, fan fiction aficionados, because there’s been a twist in the latest Rihanna/Drake happenings.

Both of them have found rumored significant others in the same week.

Does this mean the end — like, the real, real, REAL end — for the power couple? Or is this simply the dramatic twist before the curtain drops for intermission?

We won’t know the end of this story until Rihanna and Drake lay their heads to rest for the last time — perhaps at the same time next to one another!! — but details of the current chapter are developing at a rapid clip.

So who has Drake selected to numb the memories of Rihanna’s touch? Her name is Ros Gold-Onwude and she’s a sports reporter for NBC. He brought her as his date to the NBA Awards and she seemed to fit right in in front of those cameras. I know what you’re thinking — a woman with beauty and brains who ALSO knows the rules of sports? Rihanna must be seething.

If she is, you’d never know it. She’s too busy spending her time with rumored beau, Hassan Jameel, a Saudi Toyota heir. His family is worth over a billion dollars and his face is pretty great too! Rihanna spent time with him in Spain this past week, where some lucky paparazzi snapped a bunch of steamy pictures and one unlucky intern(or, perhaps, senior reporter) at the Daily Mail got to brainstorm a bunch of sassy captions like “Got ya! Rihanna’s beau got playful as he grabbed her arm and gave it a squeeze” or “Smitten kitten: The Umbrella hitmaker gave her man a flirty glance.”

Love is inexplicable. Once you get past the billions of dollars or literally perfect face and body, it comes down to that one thing that you just can’t name. Have Drake and Rihanna found love in a hopeless place with people who aren’t each other? Or is this an opportunity for them to realize what a terrible mistake they’re making?

We may not know for a long time. But in the meantime, there’s always fan fiction.