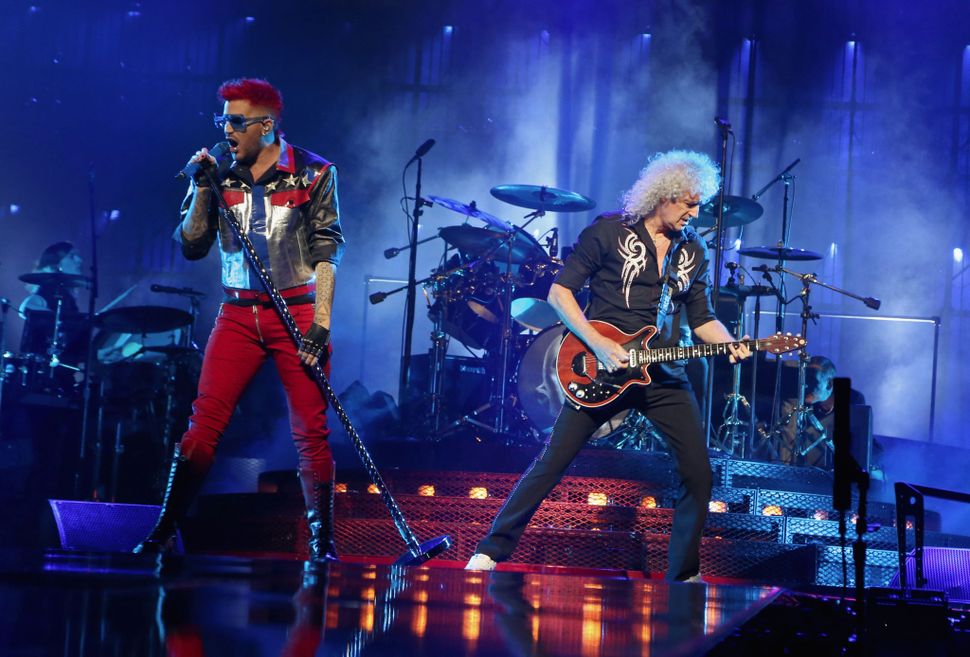 The fate of “American Idol” contestants is far from uniform. If the universe were right and good, the winners would go on to become superstars, pumping out jam after hot summer jam, taking only brief vacations to make out with models on a yacht off the coast of Tahiti. Runners-up would go on to become moderately less famous versions of the above and so on down the line.

But life is not fair and this is the principle that governs the fate of “American Idol” contestants. Take Adam Lambert. The Jewish pop star is a prime example of how you don’t have to win “American Idol” to fulfill the wildest dreams of every teenage boy from the 1980s.

Lambert, who placed second during Season 8 of “Idol”, is currently filling the shoes of the late Freddie Mercury in what Queen is calling its “quasi-reunion tour.” The tour kicked off in Phoenix, AZ on June 23rd, right in the middle of the Southwest’s face-melting heatwave.

This is all happening as buzz builds for Lambert’s upcoming single “Two Fux.” The song drops June 30th and is his first release since the 2015 album “The Original High.”

“Two Fux” is no “Despacito” but it’s definitely a solid bop in its own right. You can watch Lambert perform it below.

Jewish pop stars are few and far between so it’s nice to see Lambert basking in the limelight right now. Just goes to show — maybe second is the best.