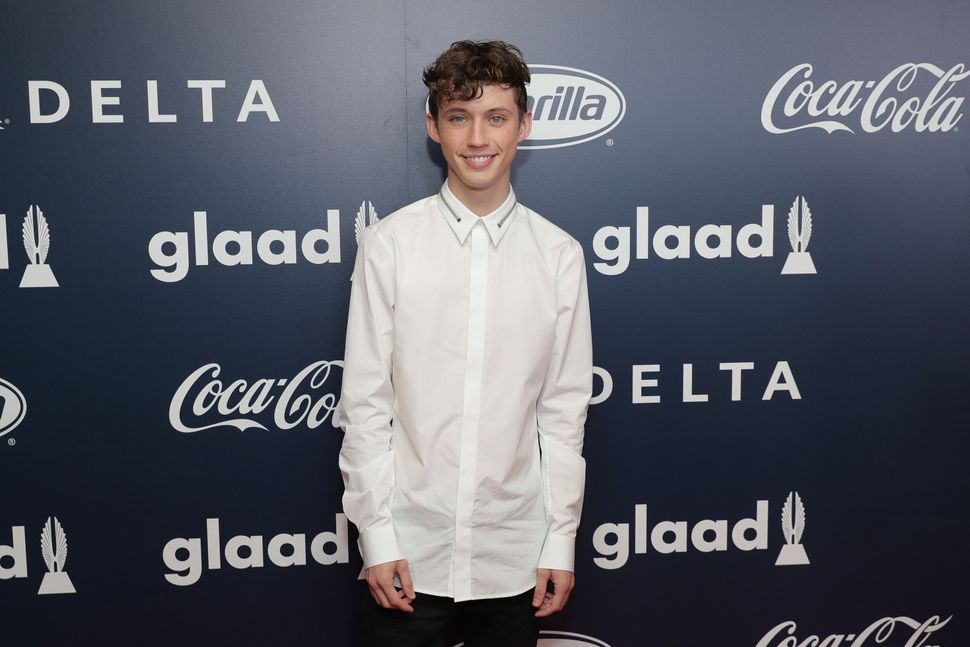 Sometimes, you have to look hard to see that the world is full of tiny, beautiful things but you don’t have to look very hard to find Troye Sivan, the tiny, beautiful, Jewish pop star who has been making headlines left and right for his music and LGBTQ activism.

Big things are happening for Sivan — or so he says. The pop star tweeted this morning that he had received the craziest news of his life while in the Philippines this past week.

Also I got some of the craziest news I’ve ever received in my life while I was here. 2017 is taking some twists n turns I’ll tell ya!!!!!!

What could Troye Sivan’s crazy news possibly be? This is a man — nay, a BOY — who has received a much larger-than-average amount of crazy news in his life than most children his age. Like, for example, the news that he was being signed to a major music label on his 18th birthday. Or the news that his debut album hit No.1 on the iTunes Store within ten hours of its release.

What could Troye Sivan possibly consider “crazy news”? Like all good scientists, I’ve taken it upon myself to formulate a few hypotheses.

1. He Found His Witch Mountain Twin

The classic Disney film “Escape to Witch Mountain”, about a world where all of us have twins from whom we have long been separated, bore several generations of people whose main fantasy is that one day their own Witch Mountain twin will somehow find their way home. Has Troye Sivan’s Witch Mountain twin found him? That would be pretty insane if so.

Did Troye Sivan receive news from Beyonce’s assistant that her new twins are finicky sleepers who aren’t fully at peace until Jay-Z throws on “Blue Neighborhood”? You have to admit — this would be some really crazy news to receive.

3. He Took The Harry Potter Sorting Hat Test And He’s A Gryffindor

It’s an outcome none of us dare to hope for out loud but what if it actually happened to Troye Sivan? This is basically affirmation that you’re brave, loyal, and potentially really great at Quidditch. Totally wild.

4. A Scientist Told Him Sugar Is Actually Really Good For You

What if Troye Sivan is the first to hear about a brand-new, definitely correct scientific study that debunks everything we’ve been told about sugar in the past ten years and that, if he wants to live a long, healthy life, he should absolutely eat three to five bars of Godiva chocolate every week.

So there you have it. Four totally viable explanations for Troye Sivan’s cryptic early morning tweet. May he someday soon find it in his heart to share the real news with the world.