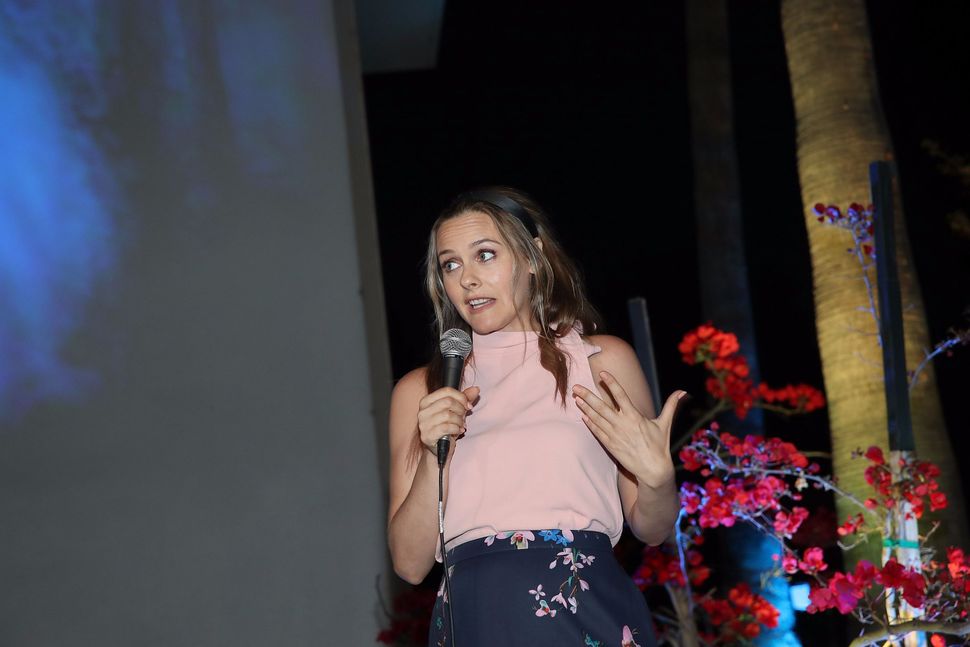 You may still be on a high from seeing “Wonder Woman” in theaters but, for Alicia Silverstone, all the superwoman hype is totally as if.

In an interview with Variety this week, Silverstone said she’s “confused” by what a big deal everyone is making about the female-led superhero movie.

“Before ‘Wonder Woman’, there were a lot of movies with female leads,” said Silverstone. “What about all of those wonderful female comedians who have had massive hits? There’s a movie out now that has tons of girls.”

(It’s not but that’s neither here nor there.)

Silverstone goes on to lament the “flash” necessary for a movie to get this much attention.

What it sounds like she’s trying to get across — albeit, not super successfully — is that there are a lot of female-driven films and this film’s contribution to “progress” for “women in film” has been blown out of proportion.

Silverstone, who starred in one of (arguably) the best female-led films in all of history, “Clueless”, isn’t wrong, per se. Women are kind of killing it right now, particularly, as she pointed out, when it comes to comedies. But superhero movies are a bird of a different feather. These films bring in hundreds of millions of dollars and cost hundreds of millions to make. Women have been glaringly absent from these kinds of blockbusters, both behind the screen and in front of it.

It’s an important distinction and one we have to make until women are the undisputed rulers of the wor – I mean, until women find equality in Hollywood.