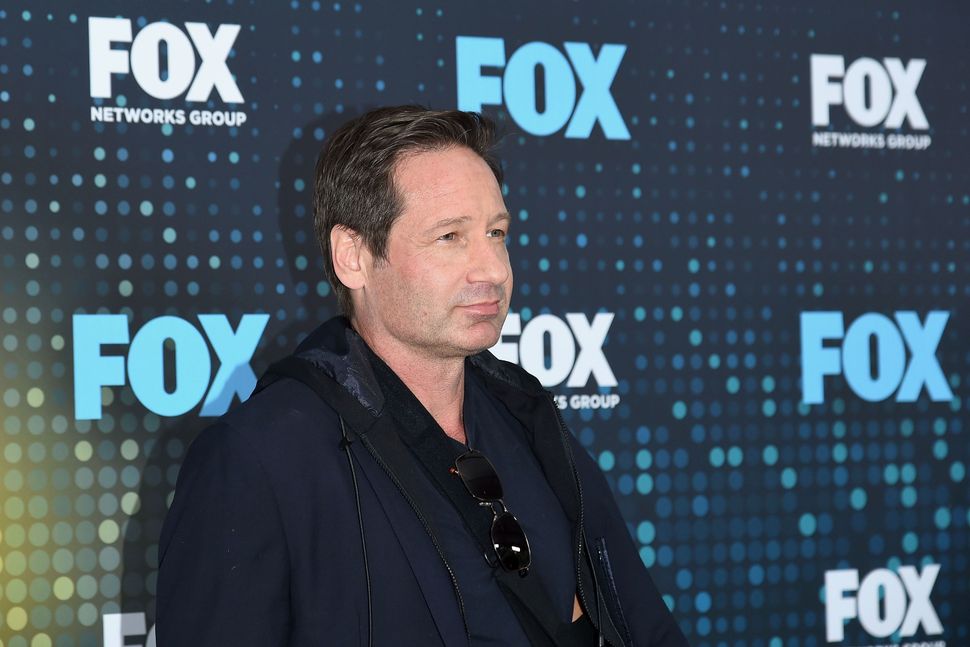 David Duchovny, the Jewish actor who functions as one-half of the star power behind the long-running hit show “The X-Files”, has remained silent regarding the show’s latest controversy: the all-male writing team behind its 11th season.

His onscreen partner-in-crime, Gillian Anderson, shared her indignation in a tweet response yesterday to a Washington Post story that called out “The X-Files” for its lack of gender diversity in the writer’s room.

And 2 out of 207 eps directed by women. I too look forward to the day when the numbers are different. #TheFutureisFemale https://t.co/38SVdTfCR1

Anderson is no stranger to the trials of being a woman in Hollywood. In January 2016, she told The Daily Beast that she was being offered half of what the show was offering Duchovny for the dynamic duo’s return.

Anderson is directly affected by Hollywood sexism so it makes sense that she would feel compelled to say something about the lack of women behind the show’s 11th season. But Duchovny’s parallel silence is disappointing. After all, Anderson has helped him defeat no small number of paranormal beings on the small screen. Is it too much to use his enormous influence to help her call out the patriarchy?