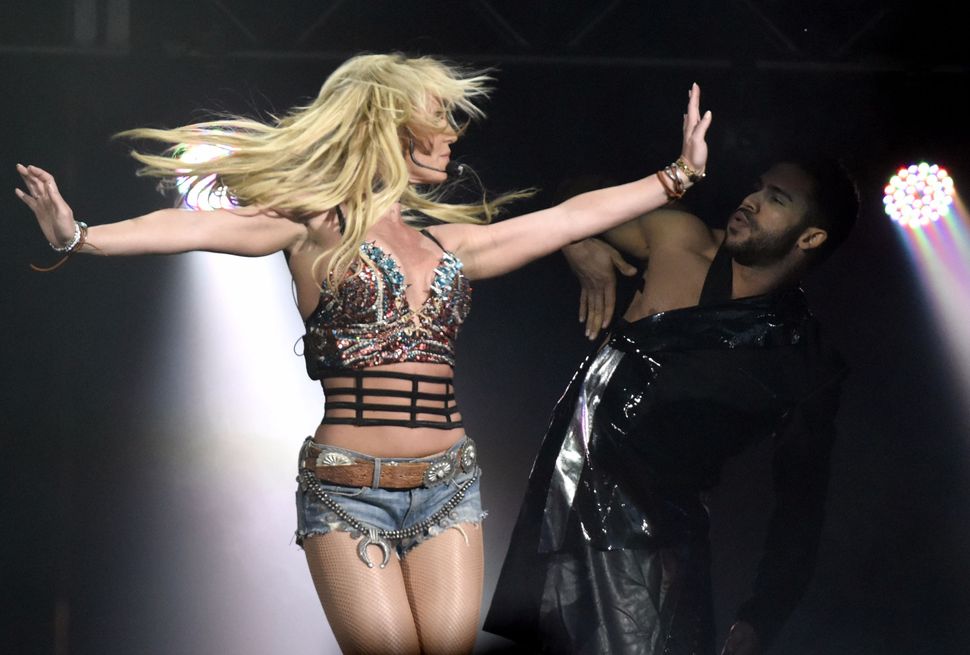 While most of us were celebrating America by consuming our weight in alcohol and ice cream this weekend, Britney Spears was honoring independence with her very first trip to Israel.

The singer was there to perform on Monday night but her Israeli fan base was reportedly not content to reserve their basking in her glory only for the concert hall. According to Ynet News, Spears was accosted by a riotous mob of fans while attempting a visit to the Western Wall.

“It was a huge mess, with hundreds of fans and photographers gathered around her,” said a source to Ynet News. “It was a real ‘Israeli celebration’; she didn’t stop an excursion during any other part of her latest tour. This could only happen here.”

Overexcited fans exist everywhere, of course, but because the Western Wall is only accessible on foot, Spears’ security had a hard time keeping her safe from the crowd.

Luckily, the pop star survived the encounter with her adoring masses but the experience allegedly caused her to cancel a meeting with Benjamin Netanyahu that would have involved making the acquaintance of several children with cancer. However, some sources say that the meeting had never been confirmed by the Spears camp in the first place.

It’s never a good look to cancel a meeting with childhood cancer victims, even an alleged one, but, in Spears’ defense, I’m sure it’s exhausting to stare down thousands of your biggest fans as they try to express their love for you via stampede.

Which isn’t to say I’m blaming the fans. After all, it was Spears’ first ever visit to the country. Can you really blame those who have been waiting so patiently for refusing to waste their one opportunity to tell the star exactly how they feel about her and perhaps pull from her head a single strand of blonde hair for their scrapbook?