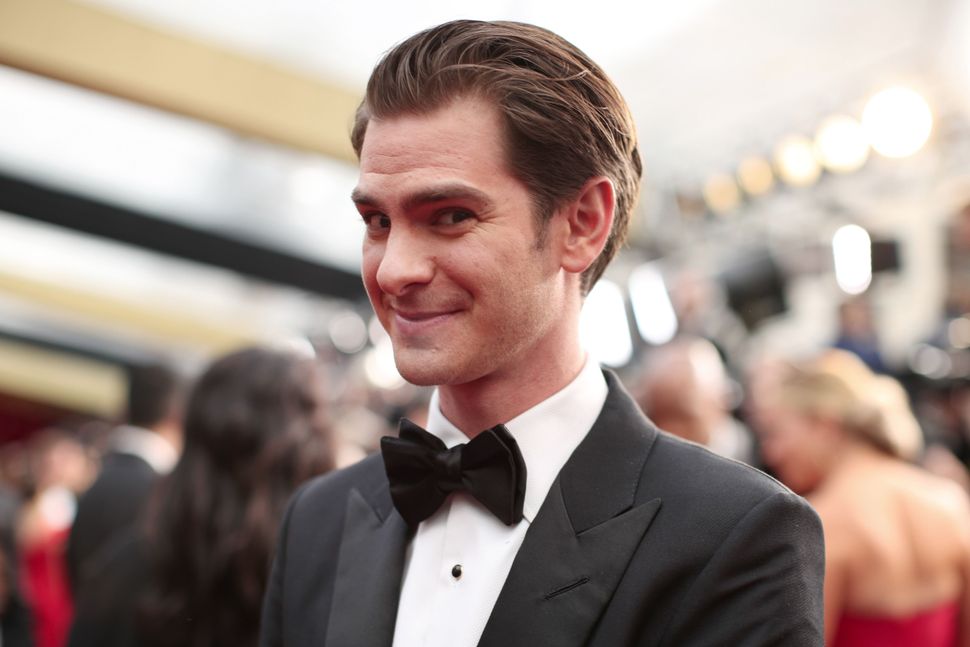 Happy Pride Month, everyone! Oh, wait — what’s that I hear? Pride month is over? How disappointing for Andrew Garfield, who said during a NT Platform discussion Monday that he currently identifies as “a gay man right now, just without the physical act.”

The Jewish actor is currently playing a gay character in Tony Kushner’s classic play “Angels in America” and he chose some, let’s say, “problematic” words to describe his relationship to the role.

“As far as I know, I am not a gay man,” said Garfield. “Maybe I’ll have an awakening later in my life, which I’m sure will be wonderful and I’ll get to explore that part of the garden, but right now I’m secluded to my area, which is wonderful as well. I adore it, but a big concern was what right do I have to play this wonderful gay role?”

Garfield went on to say that, “My only time off during rehearsals, every Sunday, I would have eight friends over and we would just watch Ru [Paul’s Drag Race]. This is my life outside of this play.”

Wow, such commitment to understanding the inner psyche of the homosexual male.

It’s unlikely that Garfield’s comments were made with malevolent intentions but they serve to erase the humanity of gay men and replace it with a stereotype that involves lip-synching to Mariah Carey and dressing up in heels on Saturday nights. Perhaps Garfield could have prepared for the role by watching a variety of representations of gay men on television instead of every single season of “RuPaul’s Drag Race.”