22 Tweets That Sum Up Your Jewish Summer Camp Experience 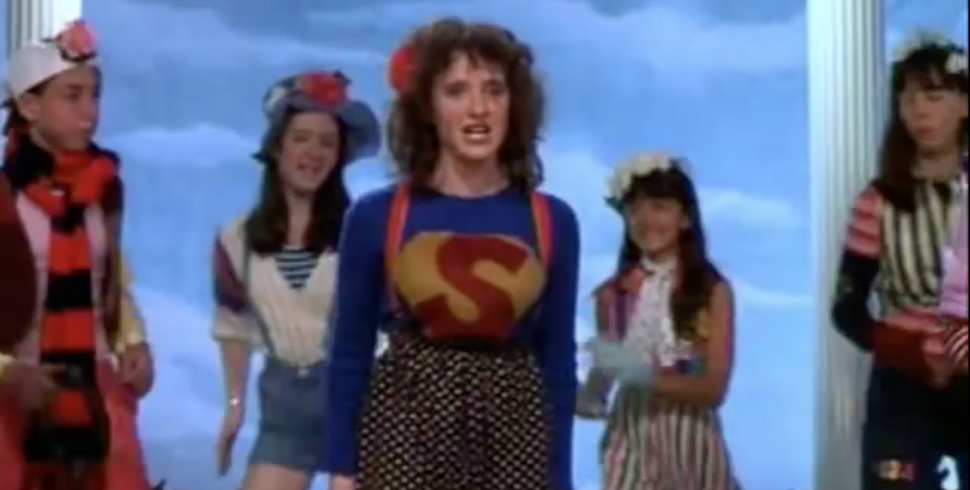 In my final year at Jewish summer camp, a renegade Israeli counselor, fed up with the camp’s emphasis on safety and sensitivity, took my unit of teens into the woods and instructed us to drink water and then spit it into each others’ mouths. Then he read us “The Giving Tree”.

Every person’s experience at Jewish summer camp is unique and different, just like the leaves on a giving tree. Luckily, Twitter has allowed for all of us still mulling over our camp experiences to laugh, ponder, and come together by remembering:

a jew who didn’t go to summer camp? are you even jewish? 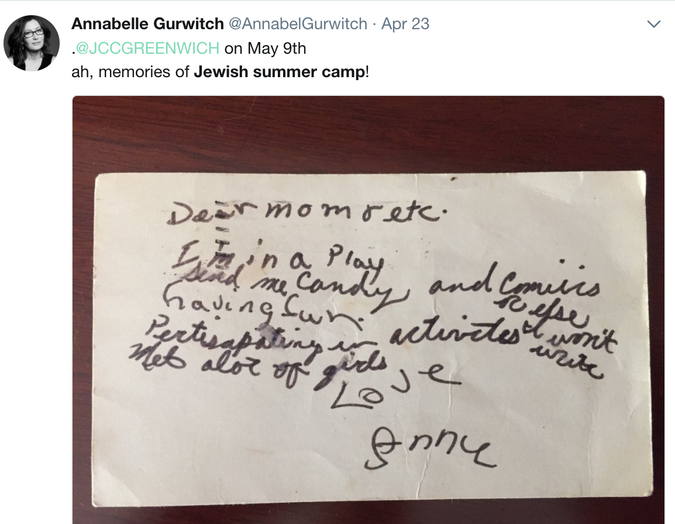 I’m in a play. Send me candy and comics or else I won’t write. Having fun. Participating in activities. Met lots of girls.

5.This fact that we must never, ever forget

Before he was a Nobel Prize dodging, living musical legend, Bob Dylan was a kid with a guitar at Jewish summer camp https://t.co/zZbOz3UQAy

6.This chance for summer camp to change the course of human history

7.This connection between summer camp and Phish

I miss Jewish summer camp. Best years of my life before Phish crept into my life.

I had all my books confiscated at jewish summer camp, returned to me only during designated no-activity rest times.

9.This compelling-sounding piece of literature

Title of my YA book is “Dangerous Freckles,” a coming-of-age about a Jewish girl who falls in love at summer camp but doesn’t wear sunblock

Every Jewish summer camp production of the American Psycho musical will be looking for a “Jared Kushner type.”

12.This story of modern love

13.This remembrance of educational trauma

15.These titans of Jewish education

Everything I’ve learned about Judaism comes from musicals and working at a Jewish summer camp for 3 summers. But mostly musicals.

16.This tender combination of stalking and nostalgia

After stalking my boyfriend from Jewish summer camp in 7th grade on Facebook, I can confidently say I think we were supposed to get married

19.This holiday greeting from a stray goy

This Seder is like song sessions at Jewish summer camp, except with 0.1% of the enthusiasm and everyone is a member of AARP.

22 Tweets That Sum Up Your Jewish Summer Camp Experience