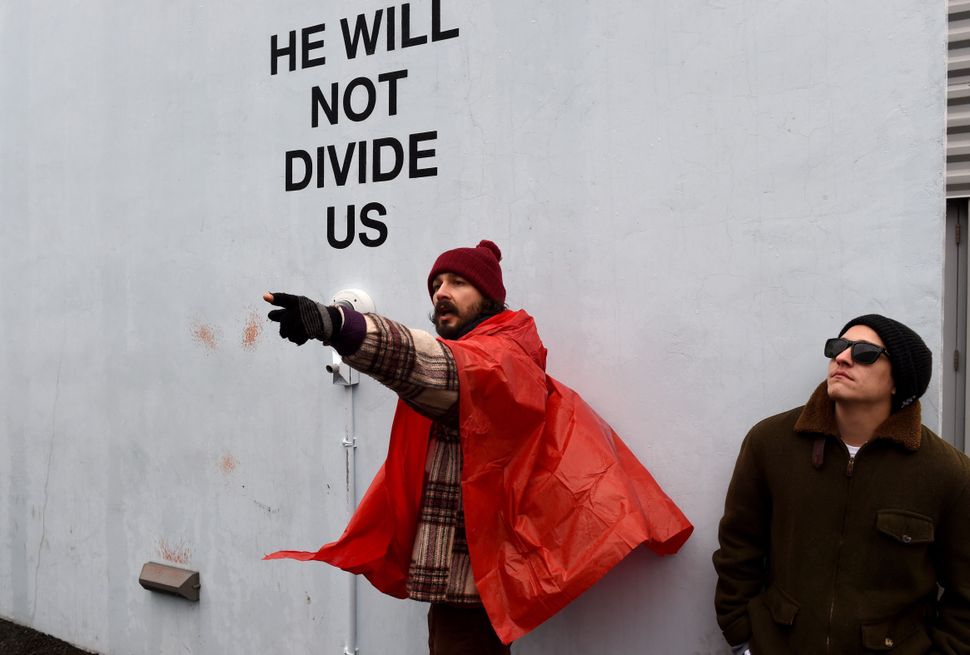 It’s also happening — has been happening — to Shia LaBeouf but the price he is paying for his indiscretions isn’t anywhere near that paid by his female counterparts.

LaBeouf was arrested yet again this weekend for public drunkenness while down in Savannah, Georgia filming a movie with costars Dakota Fanning and Bruce Dern. According to reports, the actor became belligerent after a bystander rejected his request for a cigarette. When a nearby police officer attempted to put him under arrest, LeBeouf ran to a hotel where he continued to showcase an inability to gracefully move through the world in a state of insobriety until an officer was finally successful in subduing him.

This is far from LaBeouf’s first brush with the law. In fact, LaBeouf has made a pretty steady career of getting himself arrested, usually for being publicly intoxicated. He also has a history of plagiarism and once had the gall to yell out obscenities during a performance of “Cabaret” starring Alan Cummings himself.

When a female celebrity commits a transgression like LaBeouf’s, the price she pays is almost always incredibly high — and for good reason, sometimes. Appearing in a film is a massive, exhausting, time-consuming commitment. There are long, unforgiving days of shooting followed by long, unforgiving days of doing press. A director needs to be able to rely on your ability to show up to work, fresh and ready to sell their film to the masses. They need to know you aren’t going to say something offensive or crude on live television and they need to know you won’t be spending the night in jail when you’re supposed to be facing off against Jimmy Fallon in a lip-sync battle.

When a female celebrity begins to fall victim to the excesses of Hollywood — especially when those excesses trigger or exacerbate mental illnesses — movie offers fall by the wayside. The tabloids dig their grubby little claws into the fallen star and suck every dollar to be made from her struggles until she disappears into a rehabilitation center or makes a triumphant comeback or dies. We saw this cycle happen to Amanda Bynes. We saw it happen to Drew Barrymore. We’re still seeing it happen to Lindsay Lohan.

But LaBeouf seems to be relatively untouched by his constant public misconduct. On the contrary, his career seems to be thriving. He’s starring as John McEnroe in “McEnroe vs. Borg” and has an upcoming role in “Peanut Butter Falcon,” the movie he’s currently filming in Savannah. Despite obvious struggles with alcoholism, LaBeouf has largely been granted the privilege of separating his public life from his professional.

This is not to wish bad things upon LaBeouf. He brought me much joy as Louis Stevens in “Even Stevens” and it would be unfair to cast judgment when the plight of the child star is so consistently familiar. But it’s frustrating to witness society’s insistence upon female celebrities answering to every impropriety while men who do the same thing get off scot-free.