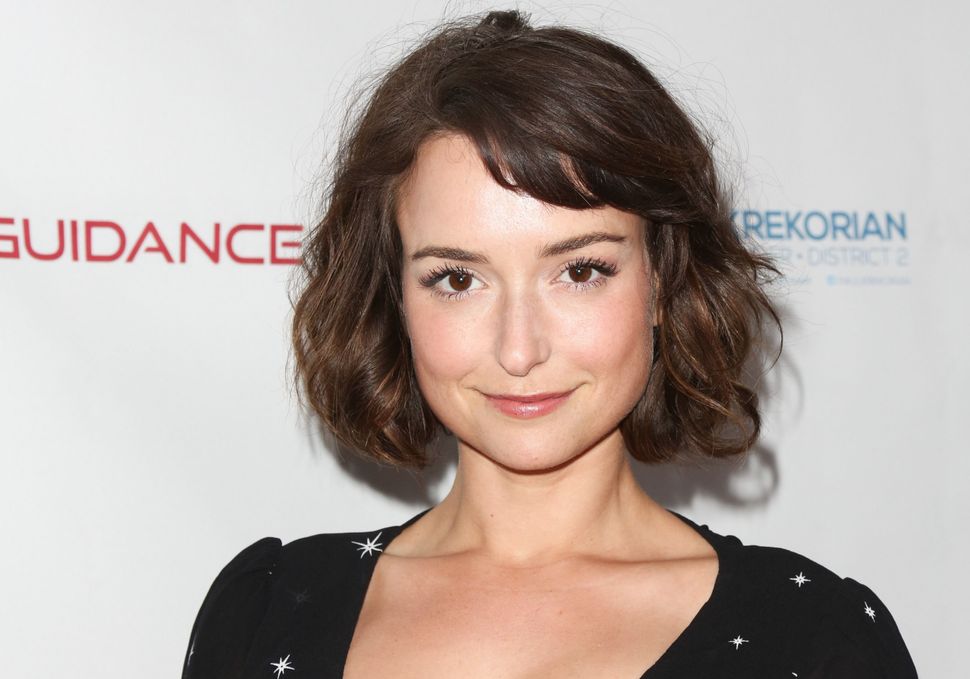 First, there was Wonder Woman. Next up, we’ve got… Squirrel Girl?

That’s right! The world has of late demonstrated a veritable thirst for female superheroes, and Marvel is jumping on the opportunity to introduce us to Milana Vayntrub, the actress who will be playing Squirrel Girl in Freeform’s upcoming superhero show “New Warriors.”

So who is Squirrel Girl? And more important, who is Milana Vayntrub?

Squirrel Girl, aka Doreen Green, is a Marvel superheroine whose powers includes “squirrel agility” and the ability to chew through wood. She can also communicate with squirrels, which may be more important to the survival of the human species than you think! Most important, her character is studying computer science at university because girl power, etc.

Vayntrub beat out fellow squirrely looking superstars (in a good way!) Anna Kendrick and Shannon Purser for the role of Squirrel Girl, and we couldn’t be prouder. Born in the USSR, her family moved to West Hollywood when she was just 3 to flee religious persecution. She’s relatively unknown as a celebrity, unless you’re a dedicated viewer of the NBC TV show “This Is Us,” in which she had a recurring role, and the AT&T commercials in which she plays a store employee named Lily Adams. The funny lady also has a history in Upright Citizens Brigade, the Los Angeles/New York comedy troupe started by none other than Amy Poehler.

But Vayntrub doesn’t intend to relegate her ass-kicking to the screen. She’s also the founder of #CantDoNothing, a website dedicated to bringing awareness to the European migrant crisis.

I have no doubt that Vayntrub will do justice to the role of Squirrel Girl — and Gal Gadot will no longer have to weather by herself the full burden/joy of representing Jewish female superheroes.