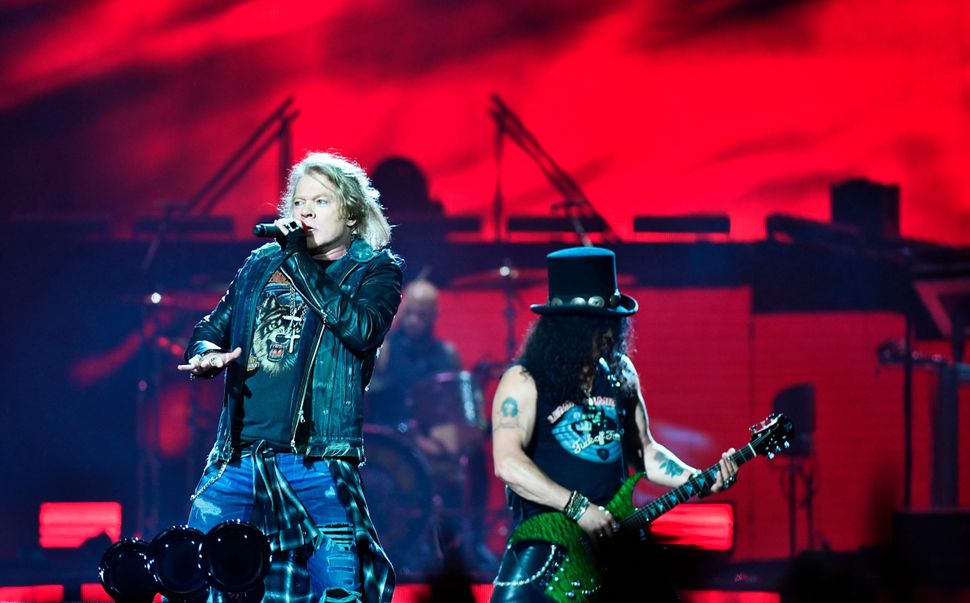 There’s a new biography of Guns N’ Roses out and it confirms what we already know: the musicians led some crazy, crazy lives.

An excerpt from the Amazon description of the book reads, “Guns N’ Roses has always been a band out of time, the Last of the Giants. They are what every rock band since the Rolling Stones has tried and nearly always failed to be: dangerous. At a time when smiling, MTV-friendly, safe-sex, just-say-no Bon Jovi was the biggest band in the world, here was a band that seemed to have leapt straight out of the coke-smothered pages of the original, golden-age, late-sixties rock scene.”

This book doesn’t rely on archival research to tell its story. Instead, Mick Wall, the author, came up among the band members as a true problem child of the 80s and did all the research himself, as a member of the band’s entourage.

The deeply personal book tells the story of the sexual abuse Axl Rose suffered at the hands of his father, the drug and alcohol problems that plagued the band from the start, and the inseparable friendship between Slash and Steven Adler — the band’s sole Jew.

You can order the book on Amazon or buy it in your local bookstore.