5 Things To Know About Billie Lourd, Daughter Of The Late Carrie Fisher 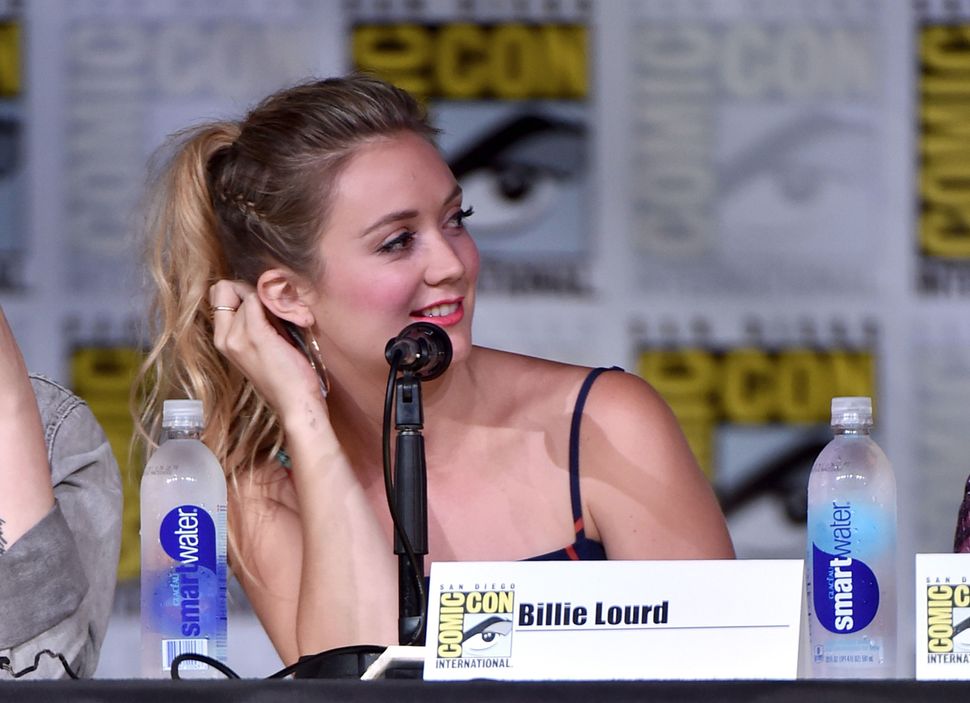 Billie Lourd, the only daughter of late actress Carrie Fisher, has been in the news this past week after breaking up with “Twilight” star, Taylor Lautner. But who is Billie Lourd — and can we expect to see a lot more of her in the future? Here are 5 things to know about the aspiring actress.

1.She has a very famous godmother.

Meryl Streep and Carrie Fisher had a long friendship and when Billie was born, Fisher bestowed upon Streep the greatest friendship honor of all — that of assuming the role of godmother for the little girl.

Lourd probably didn’t need a university degree to ensure she would lead a comfortable life — but that didn’t stop her from getting one. She graduated in 2014 from NYU with a degree in religion and psychology.

3.She starred in Ryan Murphy’s “Scream Queen” with celebs like Lea Michele and Emma Roberts.

Lourd joined fellow Hollywood royalty, Emma Roberts, to play Chanel #3 in Ryan Murphy’s campy, absolutely ridicuous Fox original series “Scream Queen.” The show ran for two seasons before being cancelled in May 2017 but Lourd will continue working with Murphy. She was recently cast in the seventh season of “American Horror Story”.

Lourd’s no stranger to being in the limelight when it comes to her dating life. She dated Taylor Lautner, who she met on the set of “Scream Queens”, for eight months before parting ways this July.

5.She was named the sole beneficiary of her late mother’s estate.

It’s a lot of money. No further commentary needed.

The actress may have suffered a tragic loss recently but her future looks very bright.

5 Things To Know About Billie Lourd, Daughter Of The Late Carrie Fisher