Abbi And Ilana Are Pissed Off In Interview With Nylon Magazine 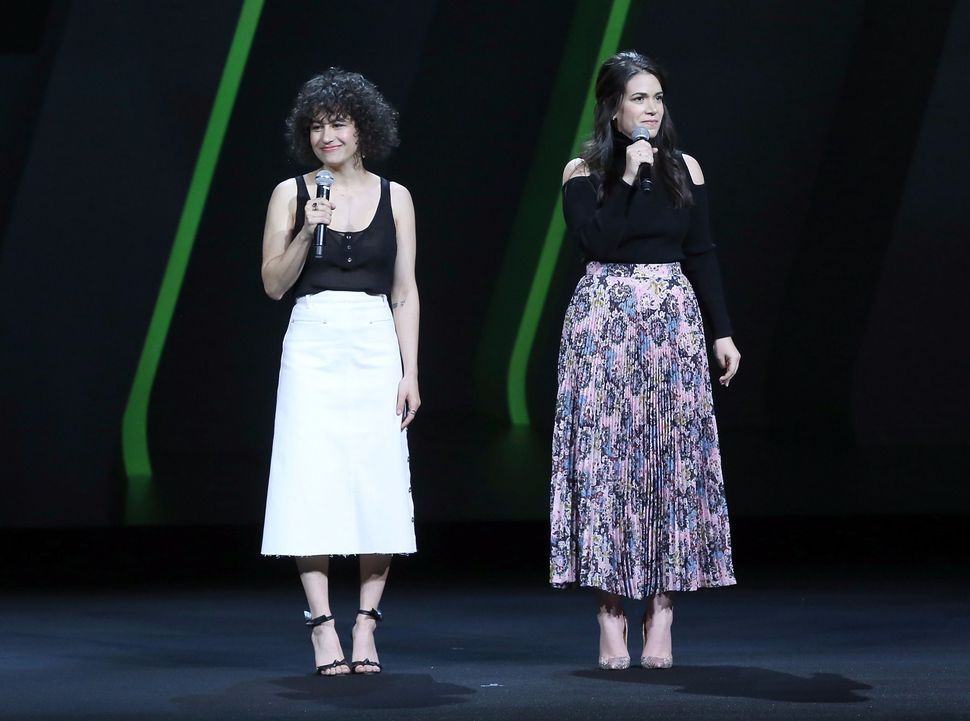 “I don’t want to speak for Abbi but I’m pretty proud of us,” says Ilana Glazer of “Broad City” in a just-released interview with Nylon. “We’re sick.”

This is the basic tone of the interview, which is featured in Nylon’s August issue, and if anyone deserves to speak that highly of themselves, it’s Glazer and her partner, Abbi Jacobsen. The two ladies have come far from the self-funded web series that caught the eye of Amy Poehler and became one of the most popular sitcoms on television.

Although the show has always had liberal undertones, the fourth season is set to be more overtly political than ever — and angrier than ever at what’s going on in the United States. Jacobsen told the magazine: “I was always uncomfortable talking about politics. I was always like, ‘Am I fully informed? Do I know everything?’ I’ve also been aware that we’re two white girls from the suburbs and we’re fortunate. But now I’m like, ‘We’re funny. We’ve got a voice and a platform. We have this.’”

The stars also touch on their plans for the future — or, rather, lack thereof. When asked about how much longer the duo would continue to make the show, Glazer responded, “We’re still at the point where every episode is like our baby. But I would never want to get to a point where we’re off our game in writing this world and these characters. That’s kind of when I think we’ll just know it’s time to stop.”

Check out the full interview for more of Glazer and Jacobsen at peak sass — and, of course, for the accompanying photographs of them hamming it up for the camera.

Abbi And Ilana Are Pissed Off In Interview With Nylon Magazine