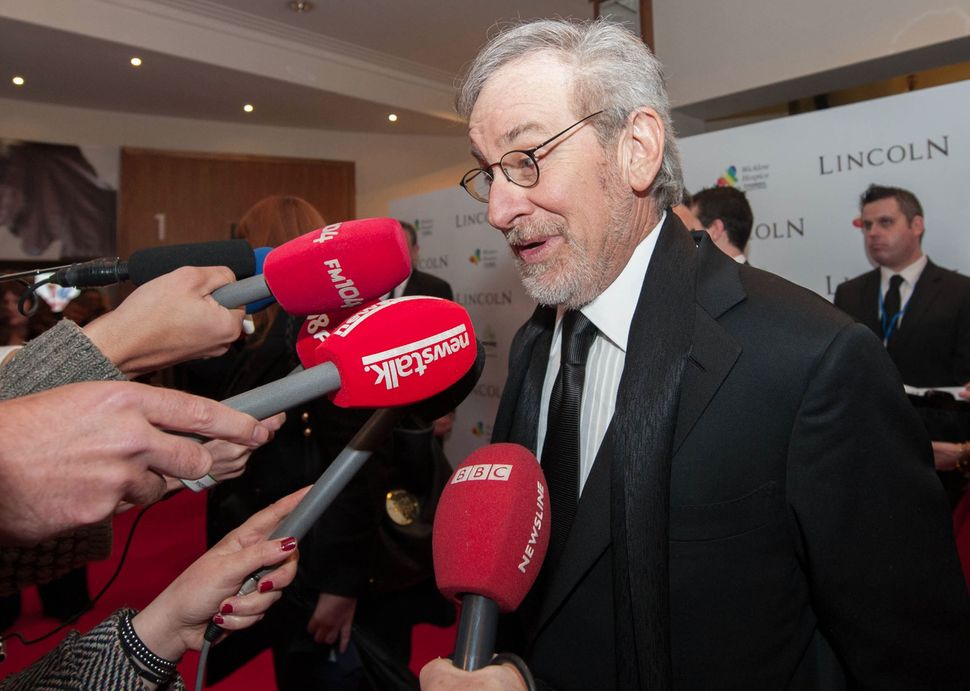 Spielberg’s next directorial endeavor will be a screen adaptation of the dystopian novel “Ready Player One”, written by Ernest Cline and published in 2011.

Entertainment Weekly has published exclusive behind the scenes photographs of scenes from the upcoming film, starring Tye Sheridan of “Mud” fame. The book-turned film tells the story of a young boy living in a post-apocalyptic society who must win a video game in order to obtain great fortune.

Cline says that Spielberg was a major influence on him creatively and that, without Spielberg’s films, he’s not sure he would have produced the kind of writing he’s famous for. The film will deal with very relevant societal obstacles, such as the effects of both climate change and increasing income inequality.

The movie is set to hit theaters in March 2018.