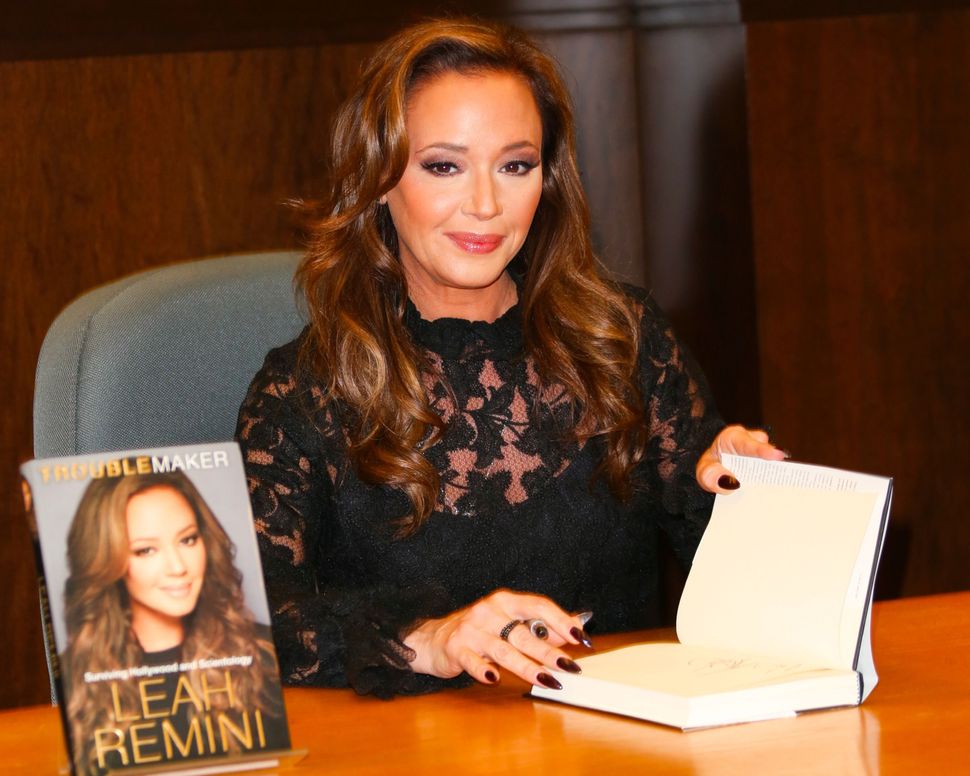 “Leah Remini: Scientology and the Aftermath” earned a well deserved Emmy nomination on Thursday morning. One of the deepest dives into the controversial religious cult of Scientology, the series is at once disturbing, honest, and absolutely addictive.

“Aftermath” portrays Scientology as a vindictive and controlling religious group. Stories of revenge for daring to leave the cult are abundant and Remini has spoken in the past about the bravery required of both her and her subjects to speak up about their experience and divulge the secret dealings of Scientology’s leaders.

That’s why, in an interview with Entertainment Weekly, Remini dedicated her Emmy nomination for Informational Series to those who took a risk by participating in the documentary series.

“I don’t look at this as something I should acknowledge myself for,” said Remini. “My subjects deserve it. They were brave enough to come on Aftermath knowing there were repercussions for their actions. This is why I created the show. The reason people come on our series is for no other reason but to tell their stories of how destructive cults like Scientology are.”

Remini’s mother is of Austrian Jewish descent but joined the Church of Scientology when Remini was just nine years old. Remini left of her own accord at the age of 43.

The second season of “Scientology and the Aftermath” premieres later this summer. Check out the trailer below.