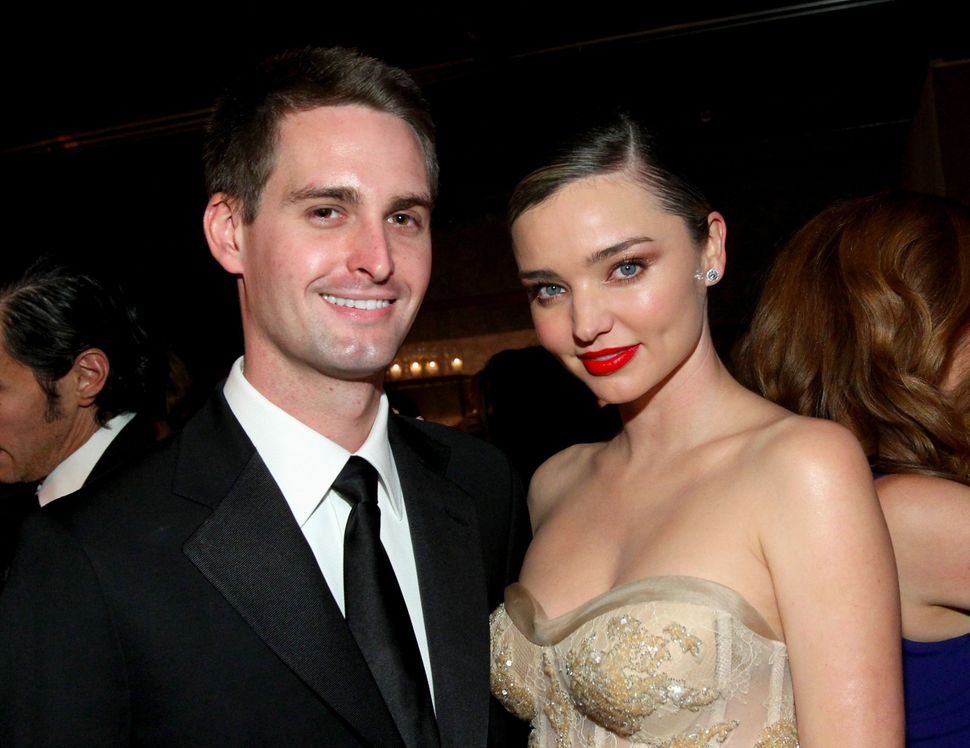 Love is a mysterious thing. Although there are some pretty strong predictors for the type of person you’ll fall in love with (someone roughly as attractive and successful as you, for example), there are some instances of besottedness that defy human explanation.

Miranda Kerr was the second highest paid supermodel of 2013, right behind Gisele Bundchen. She has been ranked among the hottest women of all time on a myriad of “top hottie” lists, including Models.com, Men’s Health, and FHM. She was married to Orlando Bloom. She’s Australian.

Which means she has an Australian accent.

Evan Spiegel is the creator of Snapchat, an app teenagers use to send disappearing selfies to other teenagers. He is roughly the 854th richest person in the world, according to Forbes. In 2014, then-Gawker reporter Sam Biddle outed Spiegel for sending emails to his college fraternity brothers with sentences in them such as “Luau f—ing raged. Hope at least six girls sucked your d—s last night.” He also once said that “Snapchat is only for rich people.”

And he once completed an unpaid internship in sales at Red Bull.

Miranda Kerr and Evan Spiegel were married in May. Kerr wore a very beautiful gown. Spiegel … looked like a dude.

Cheers to the happy, and totally inexplicable, couple.