Jenny Slate Says Cheating Is Different For Men And Women 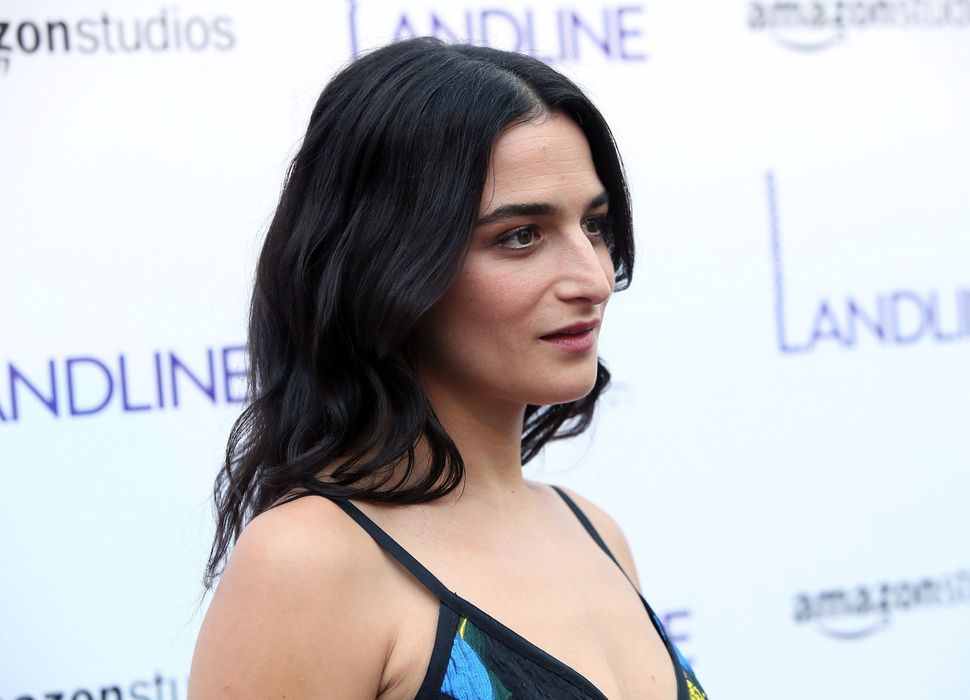 Jenny Slate, a feminist favorite of The Schmooze, is once again fighting the patriarchy upon the red carpet.

The actress was in New York City for the premiere of her new movie “Landline” when she explained what she believes is the difference between men and women who cheat.

“I feel that in society, generally when a man cheats, we’re a bit more forgiving because we tend to think men need to satisfy their needs. Whereas if women cheat, they are liars, insidious or insecure,” Slate said. “We have a president now who won an election because he bragged about cheating, lying, and assaulting people, and a woman who lost because she also was untruthful. One was elevated and one was denigrated.”

“Landline” is about two sisters who are brought closer together when they discover that their father might be having an affair with another woman. The movie was directed by Slate’s pal and artistic partner, Gillian Robespierre. The two women collaborated on “Obvious Child” together, Robespierre’s directorial debut about a young woman’s abortion.

Robespierre chimed in on the red carpet as well, saying that, “Most movies, there’s a midlife crisis with a male lead and he cheats on his wife. That’s almost in half of the movies. You still root for him.”

“Landline” will be released in select theaters Friday, July 21st.

Jenny Slate Says Cheating Is Different For Men And Women