Rabbi Jonathan Sacks On How To Face The Future Without Fear 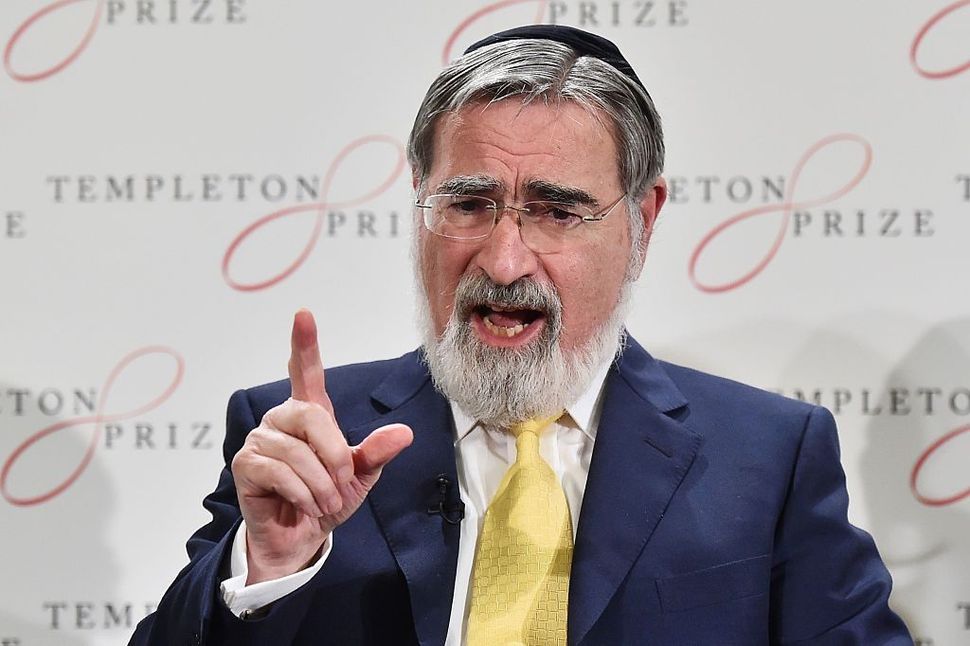 Commenting on the fraught and divided times we live in, Rabbi Lord Jonathan Sacks, Britain’s Chief Rabbi from 1991 to 2013, recently gave a TED Talk where he discussed how we can best move forward as individuals in a greater society.

Rabbi Sacks pinpoints what it is today that we worship: the “selfie,” or as he puts it, “the self, the me, the I.” And though he sees how this can be liberating, Rabbi Sacks finds serious pitfalls in it as well. “When we have too much of the ‘I’ and too little of the ‘we,’ we can find ourselves vulnerable, fearful and alone,” he says.

Rabbi Sacks believes the only way to safeguard the future “you” is by strengthening the future “us” in three dimensions: the us of relationship, the us of identity and the us of responsibility.

Sacks views building relationships with people of divergent perspectives as essential in bridging cultural gaps and preventing extremism. Speaking of the “us of identity,” he recalls the Passover story told every year from one generation to the next as an example of how sharing our stories preserves identity while opening ourselves to others. “When you tell a story and your identity is strong, you can welcome the stranger,” says Sacks, “but when you stop telling the story, your identity gets weak and you feel threatened by the stranger. And that’s bad.”

And in his final assessment of what we can do, Rabbi Sacks jabs at the rise of authoritarian figures [cough Trump cough] who say, “‘All you’ve got to do is elect this strong leader and he or she will solve all our problems for us.’” Rabbi Sacks contrasts this phenomenon with what he calls his favorite phrase in all of politics — “we the people.”

See below for the full talk:

Rabbi Jonathan Sacks On How To Face The Future Without Fear