Why Did Star Of Anorexia Movie Flaunt Weight Loss To Promote ‘To The Bone’? 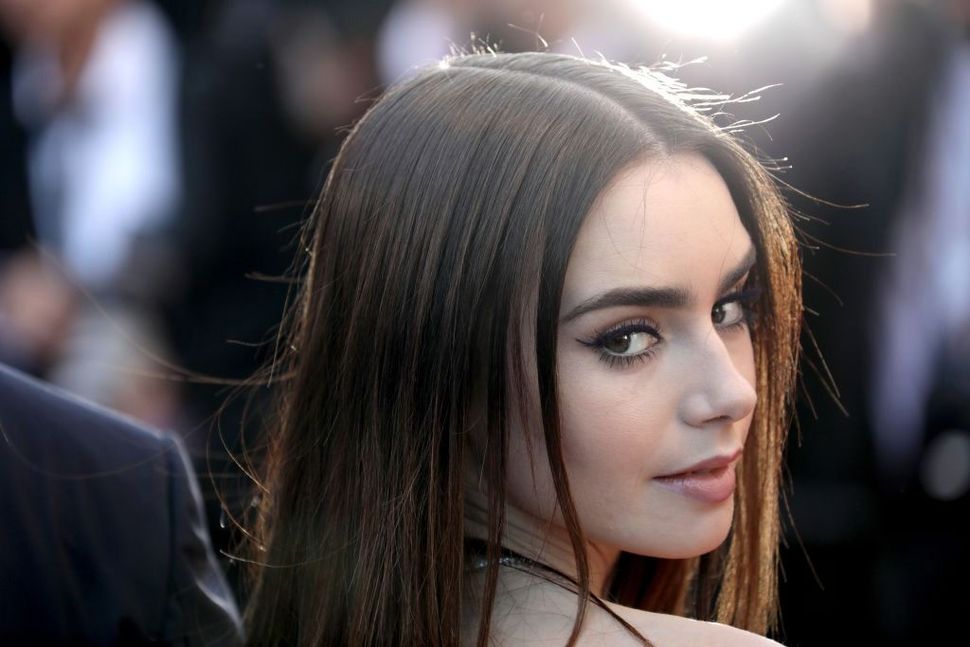 Growing up in still-crunchy Seattle, body-positivity lectures were as regular as rain. Next to platitudes like, “All bodies are beautiful” the phrase I heard most often was, “There’s such a thing as ‘too thin’.”

“She doesn’t even look good anymore,” a well-intentioned mom-of-a-friend might say, referring to an emaciated actress on the cover of People. “She’s just too thin.”

These remarks were meant to explain that developing a deadly disease was not only unhealthy but also totally counterproductive, since it could not even ensure that you would look beautiful.

But when I left Seattle for a women’s college in New York where a surprising swath of the student body was balancing a difficult course load with a full-blown eating disorder, I had to disagree with the wise women of Seattle. Women I knew who regularly fainted when their blood pressure got too low from chronic starvation were still considered enviably thin. Friends who were warned by doctors that their hearts would soon fail if they did not stop restricting food still looked conventionally awesome.

The rib-cracking, dizzying, heart-stopping truth? According to our standards of beauty, dying of malnutrition is hot.

I was ashamed when I saw that Jewish actress and eating disorder survivor Lily Collins’ new movie “To The Bone”, written and directed by fellow survivor Marti Noxon, perpetuates the cult of thinness while pretending to dismantle it.

The new movie, which premiered to positive reviews at Sundance and was purchased by Netflix and made available for streaming this week, follows Collins’ character as she seeks recovery for her restrictive anorexia at an inpatient program inspired by creator Noxon’s personal experiences.

Can a Hollywood movie—a visual spectacle starring an actress who is also a model, a financial investment under intense pressure from studios to turn a profit—responsibly depict an eating disorder?

The powers of art are boundless, and the possibility of reaching people through storytelling is not to be underestimated but the marketing of “To The Bone” is sick, undercutting everything its creators have said about its intention.

Collins, whose mother is Jewish, is the ideal blend of conventional and unique beauty: she has the face of Audrey Hepburn, the coloring of Snow White, the eyebrows of Groucho Marx, and the body of a 14 year-old girl. A few months ago she released a book of essays, “Unfiltered”, which details her struggles with anorexia and bulimia. But Collins lost a substantial amount of weight for the role in less than a month, which she says was necessary to play the part.

It is strange that they would suggest that a person in recovery from a restrictive eating disorder could “safely” lose a significant amount of weight. “It was something that I decided to do as an actor for a role,” Collins told Access Hollywood. “You lose weight, you gain weight, you change your hair color—there are so many different things that physically you can change for a character.”

This is similar to an alcoholic claiming she can only convincingly portray a drunk if she drinks a handle before every scene. Only Collins’ doctors can say what is right for her. But the insistence that she and Noxon have made during press for the film that her weight loss was healthy is a very strange assertion for two people who want, as Collins says, to start a “conversation” with young fans.

In an article for IndieWire, Noxon said:

Part of the reason I wanted to make this film was to ignite a discussion about body image issues and eating disorders. It’s not just a film for people with clinical eating disorders like anorexia and bulimia. I think many people expend a tremendous amount of energy on self‐loathing and self‐flagellation, as well as getting caught in a vicious cycle of dieting and gaining the weight back. Part of the reason this is happening is that big corporations make billions of dollars on selling us food that is bad for our bodies and then selling us the “fix” — which is not a fix at all.

But when it came time for Noxon to sell her movie, she, like the big corporations, cashed in on collective self-loathing. Marketing for the movie has centered intensely around Collins’ weight loss in light of her real illness, with the topic appearing in every single interview Collins and her co-stars did, and the movie debuting in close proximity to the release of Collins’ memoir.

Most horrifying was the actress’ appearance on the cover of “Shape” magazine, a magazine devoted to teaching women to achieve smaller bodies, days before the movie’s release. (A recent “Shape” article is titled, “This Mom Did a Full Workout While She Was in Labor”.) Collins appears in a nude-colored swimsuit, gently airbrushed, next to the words, “Slaying the confidence game.” In the interview she speaks about how she is a “clean eater” and what her food “splurges” are (baked goods). She dictates her belief that “exercise is everything”, how she uses exercise to “disappear”, and says that when it comes to exercise, “I can also push myself past what I thought I was capable of.”

These painful admissions force us to ask: does this actress still have an eating disorder? Or are these disordered practices normal now? And why the hell is this the publicity campaign for a movie trying to defeat “self loathing”?

Seeing an actress, supposedly in the bloom of health and body positivity, speaking about how “exercise is everything” and celebrating her “safe” weight loss will continue to make women and men of all ages (but particularly the young women targeted by this marketing) feel misery about their bodies.

Yay for slaying the confidence game.

Why Did Star Of Anorexia Movie Flaunt Weight Loss To Promote ‘To The Bone’?