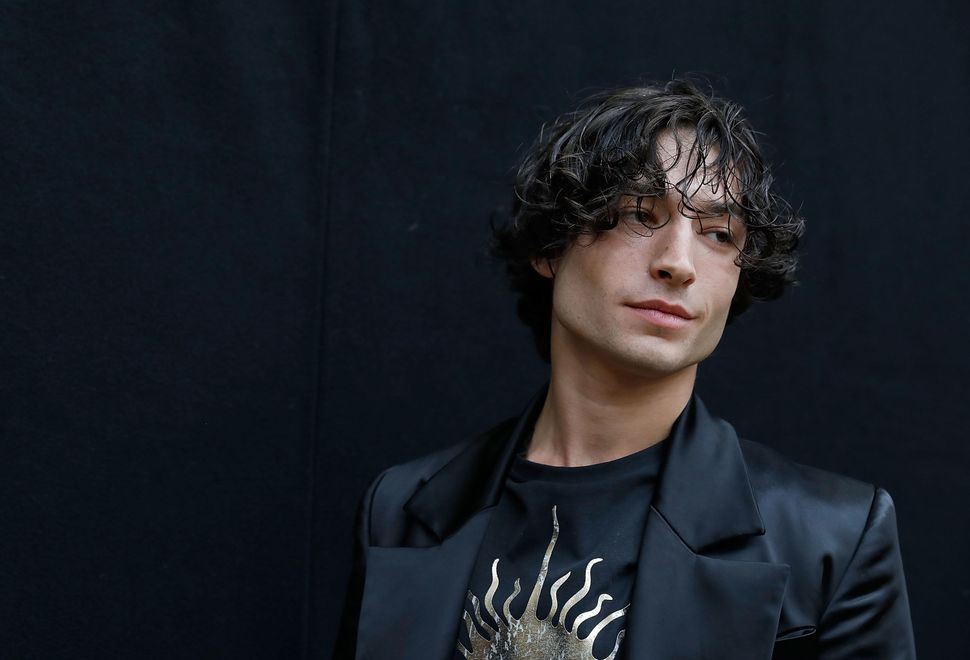 I would just like to preface this post by saying alcohol is a drug that should be consumed in moderation, if at all, by responsible people over the age of 21 who have a sober driver to get them home safely at the end of the night.

AND NOW FOR THE FACTS: Ezra Miller, the Jewish star of DC Studio’s upcoming “Justice League”, was caught on-camera Saturday night giving one of his fans a big, old, drunken kiss on the lips.

Miller was engaging in post-Comic-Con festivities when he exited a bar in San Diego to find a crowd of adoring fans waiting for him outside. Instead of fleeing the scene or re-entering the bar only to later exit it encased in a large piece of luggage, Miller took some time to showcase his fun, unique sense of humor.

“Does anyone know why it would be hard for the Flash to get drunk?” asked Miller, referring to the character he plays in “Justice League”. “Because he has a fast metabolism!”

When the fan taping Miller’s drunken stand-up routine asked to smell his breath as proof of sobriety, Miller took it once step further — and based on the fan’s non-verbal cues, it’s a very consensual moment.

Thank GOD for slow metabolism, am I right?

Watch the video below to witness the moment this anonymous fan is going to describe in great detail to his grandchildren.