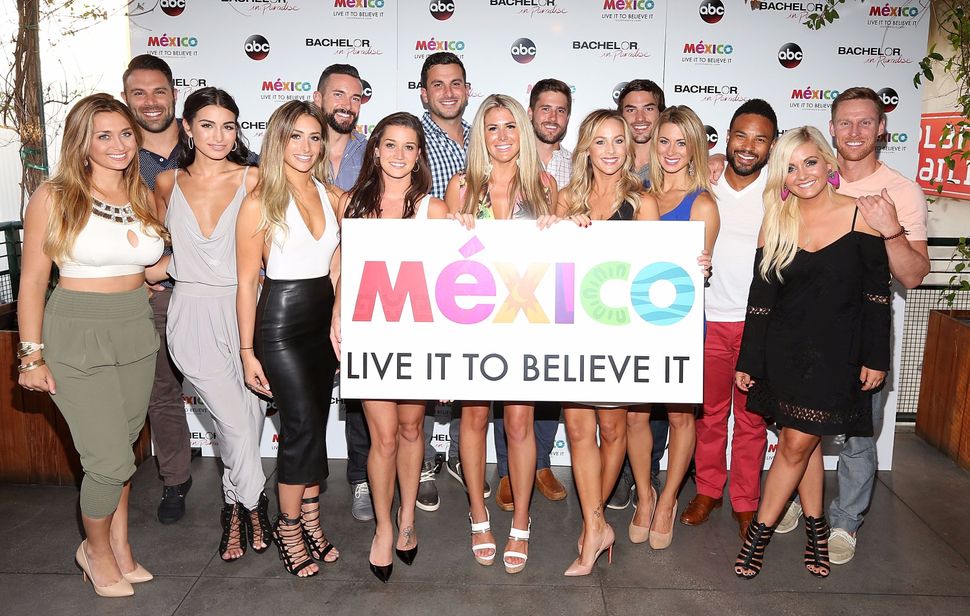 There’s been quite a bit of speculation over how “Bachelor in Paradise” will deal with the sexual assault accusations that almost resulted in the cancellation of the show. Will the show address it frankly? Will the producers reveal the footage? Will it go unmentioned altogether?

Turns out, someone has decided the appropriate way to deal with the sexual misconduct allegations is through humor.

The incident, in which a producer accused the show of allowing two contestants to engage in non-consensual sexual activity while the cameras were on and rolling, took place in early June and shooting was immediately postponed. All of the contestants were flown back to their respective lives and it was widely expected that “Bachelor in Paradise” had seen its final day. After all, how does a show that peddles fairytales bounce back from such unromantic allegations?

Both the network and Corinne Olympios, one of the participants in the incident, conducted a separate investigation into the matter and both found no evidence of wrongdoing and that’s why, perhaps, the network saw fit to turn the whole, very serious, situation into one big joke.

The trailer features music fit for a horror movie playing under the voice of a foreboding male.

“The sun had almost set. Summer was almost over,” he says while the devastated tweets of “Bachelor in Paradise” deprived youths are displayed onscreen. “Summer was almost ruined. Paradise was almost lost. Until it wasn’t.”

And then the screen flashes back to a contestant who screams, “Bachelor in Paradise is back!” Cue music. Cue good times.

Let’s say it together: Just because there was no sexual misconduct found doesn’t mean that it’s okay to turn what happened between Corinne Olympios and DeMario Jackson into a joke. Whether or not there was a crime committed, the incident changed both of their lives in what’s safe to say is probably a pretty traumatic way.

In other words: a cancelled television show doesn’t ruin lives. Being at the center of a sexual assault investigation can, though.

There’s still a chance to turn the sexual misconduct allegation into a lesson about consent and alcohol and I hope something good comes out of the reunion special, which both Olympios and Jackson have vowed to attend. But based on the evidence, I wouldn’t bet on it.