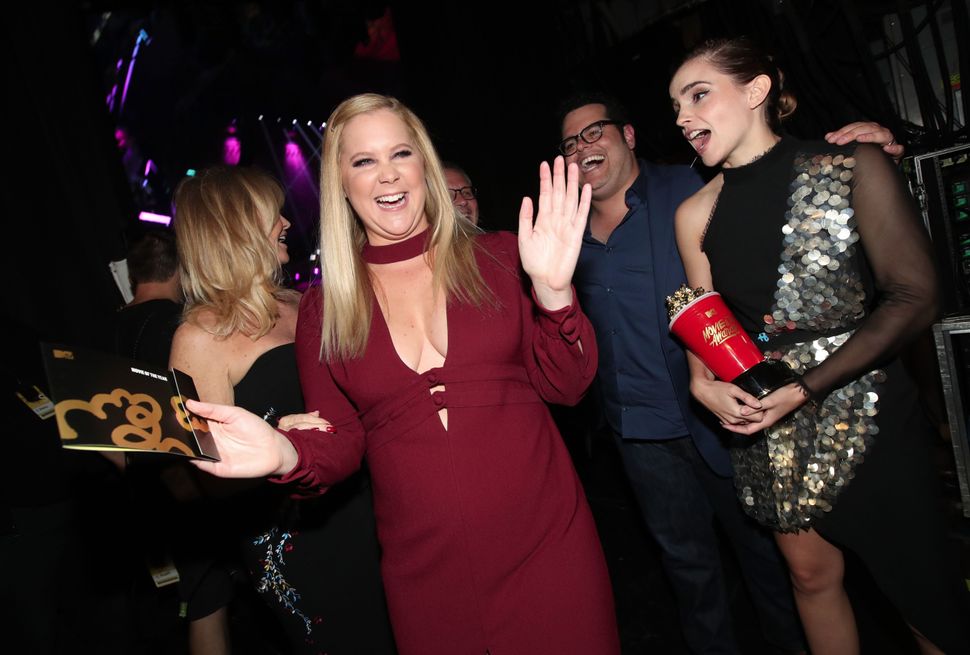 Such are the dissimilarities between Amy Schumer and Anne Hathaway. One would be hard-pressed to find two such different actresses and yet Sony sees them as entirely interchangeable.

After Schumer dropped out of Sony’s “Barbie” movie, a feminist comedy about a Barbie who realizes that it’s cool to be different and it’s even cooler to have body proportions that abide by the rules of physics, rumor has it that Hathaway is being pursued for the role.

Hathaway is a classic Hollywood beauty who is notoriously vulnerable to cyberbullying. While Hollywood initially tried to ferret her into the “ugly until you take her glasses off” hole, she overcame her Princess Mia Thermopolis days to earn roles where she gets to be hot the whole time, even getting to play a character who was hot AND smart in “Interstellar”. A true female Hollywood dream come true!

Meanwhile, Amy Schumer is best known for the diarrhea and sloppy sex jokes that shot her to fame via her comedy series “Inside Amy Schumer”. She’s hilarious, she’s self-deprecating, and although she’s beautiful inside and out, casting her in a film that challenges what it means to be a Barbie girl in a Barbie world makes perfect sense.

Casting Anne Hathaway? Not so much (although her brown hair does make a case for it).

It’s unclear whether the plot of the movie will change if Hathaway agrees to head it. If she does, let’s hope she draws inspiration from her best acting gig of all — that of a woman enchanted by Mokiki and his sloppy swish.