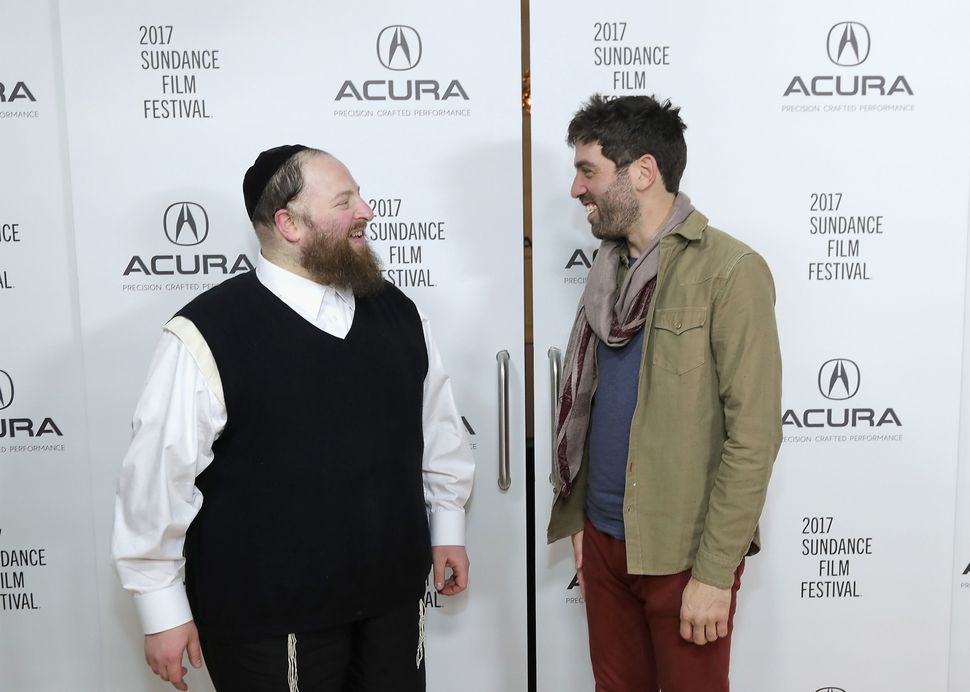 Dreams of becoming a movie star are probably few and far between among Hasidim. Many Hasidic communities tend to be distrustful of the secular and going to the movies or watching television is often forbidden or, at least, heavily discouraged.

That’s why Menashe Lustig, a Hasidic performer who hails from New Square, New York, is making waves across film festival circuits as the star and namesake of “Menashe”. The film, which received rave reviews at Sundance and the Berlin Film Festival and currently stands at 100% on Rotten Tomatoes, is based on the real life of Lustig, focusing on his divorce and his community’s ruling that he could not live with his son until he remarried.

Although Lustig is an experienced member of the tiny Hasidi film community that exists, “Menashe” is his first festival film — and likely his last.

A profile of Lustig in Vulture reads:

Lustig yearns to act more, but he and {Joshua} Weinstein [the film’s director] both fear what might happen if he takes the wrong project… They say a TV show approached Lustig about taking a role, but both of them felt it was too exploitative and stereotypical… Lustig has avoided excommunication so far, but that that’s due to the lack of outright lampooning of Hasidic life in “Menashe”.

Weinstein, who is not Hasidic, spent hours interviewing Lustig so that he could accurately depict his Hasidic way of life. All of the actors he cast, save for one, are Hasidic and many of them had never set foot inside a movie theater before the film’s Sundance debut.

You can watch a clip from the YouTube history that gave Lustig his start below:

“Menashe” will open theatrically on Friday.

You can read the entire profile here.