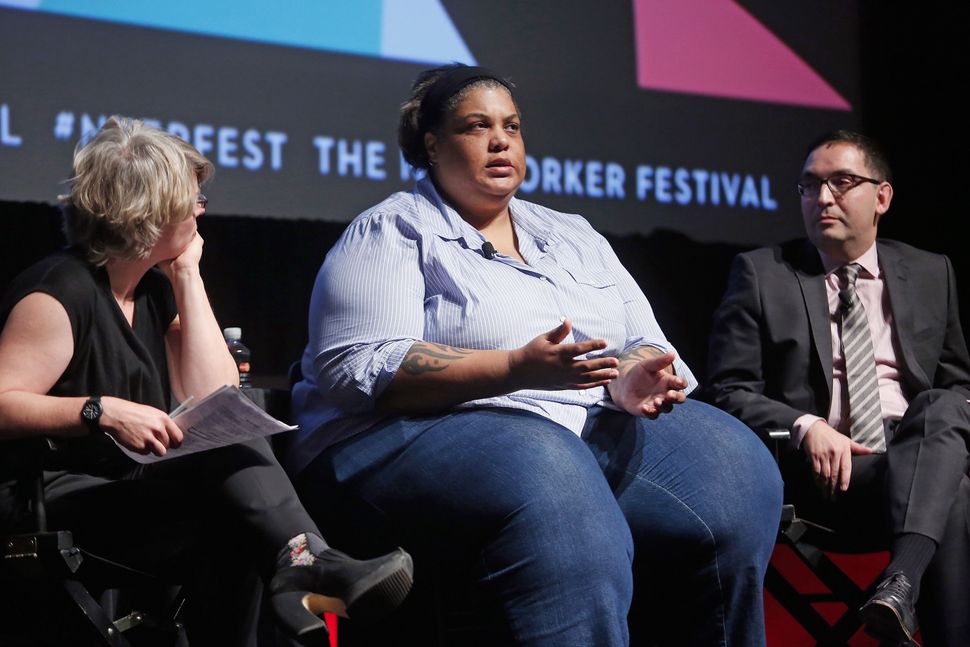 In an essay published July 25th in the New York Times, Roxane Gay voices her exhaustion over narratives that imagine a world in which slavery still exists.

She writes specifically about “Confederate”, the upcoming HBO show from “Game of Thrones” showrunners David Benioff and D.B. Weiss, that will tell the story of a fictional reality in which the South won the Civil War. HBO announced the show had received a green light last week and Benioff and Weiss were quickly deluged with protests.

Gay is a prominent author and activist who most recently published “Hunger”, a New York Times bestselling memoir about her struggles with trauma and violence. She’s an avid Twitter user and prefaced the New York Times essay by using it as a means of shutting down one of her Twitter trolls:

You’re right. It’s one fucking tweet. When I make an argument it will be in The NY Times. Have a nice evening. https://t.co/nGQX9hR4RU

A solid burn, say we.

In her essay, Gay argues that, while it’s possible that Benioff and Weiss might hit this show out of the park, it’s unlikely given their history.

My exhaustion with the idea of “Confederate” is multiplied by the realization that this show is the brainchild of two white men who oversee a show that has few people of color to speak of and where sexual violence is often gratuitous and treated as no big deal. I shudder to imagine the enslaved black body in their creative hands.

“We do not make art in a vacuum,” writes Gay.

Benioff and Weiss responded to initial criticism of the show last week by, essentially, asking the masses to let “Confederate” fail before they besmirch its name.