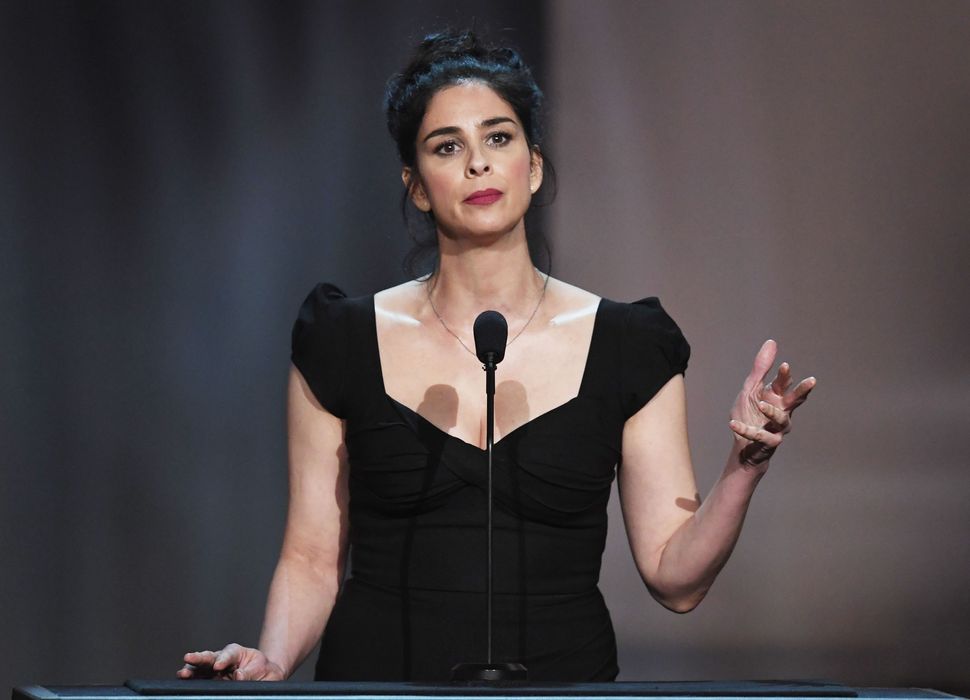 Sarah Silverman inserted herself Wednesday into the debate over recent instances of LGBT groups banning “Zionist displays” from their events, specifically the Chicago Dyke march and Chicago Slutwalk.

In response to a Slate article titled “This Is a Safe Space. No Jews Allowed”, Silverman tweeted out her opinion about the controversial decision.

Aw friends- the Star of David reps all Jews- 2ban it is like banning the American flag bc u hate trump – misplaced https://t.co/k1ypOQnmwT

“The Star of David reps all Jews — to ban it is like banning the American flag bc u hate Trump – misplaced,” Silverman argues.

Silverman has never hesitated to weigh in on matters involving Israel. In the election of March 2015, she was a vocal proponent of the left-wing Maaretz party and has spoken out against the Israeli occupation.