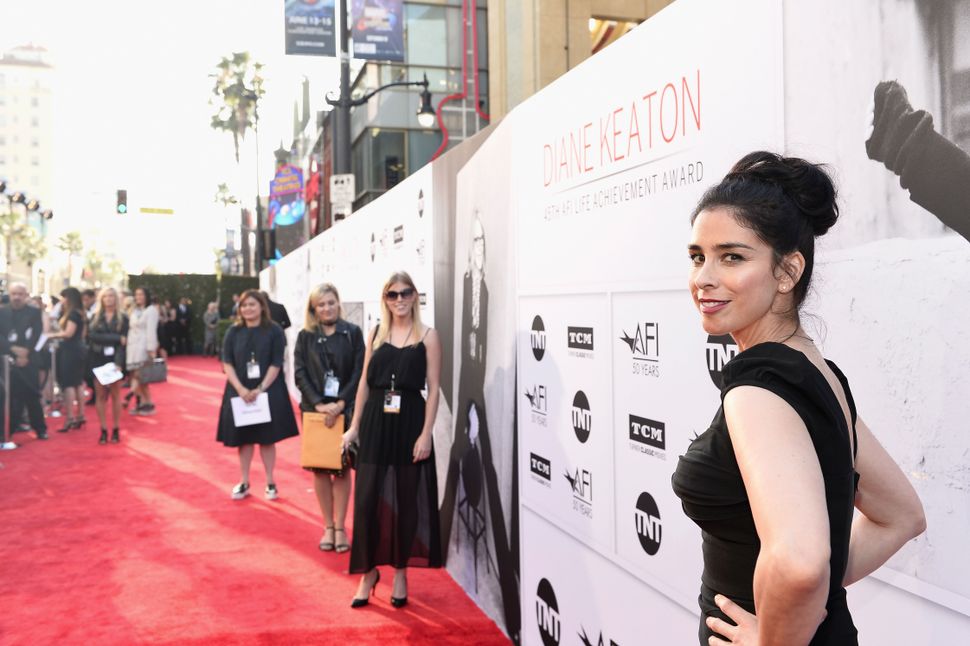 One need not be intimately familiar with Sarah Silverman to grasp her fiery hatred for the President of the United States. She’s been known to express her feelings on Twitter in no uncertain terms. If you haven’t had the pleasure of witnessing them, I’ve included a couple below that aptly sum up her sentiment towards Mr. Donald J. Trump of Queens, New York.

Good God these tantrums r endless. Every single tweet is about YOU. Try2 remember OTHER PEOPLE EXIST. Maybe tie a string around ur finger https://t.co/zEvBKRr8ua

WAKE UP & JOIN THE RESISTANCE. ONCE THE MILITARY IS W US FASCISTS GET OVERTHROWN. MAD KING & HIS HANDLERS GO BYE BYE❤❤❤❤ https://t.co/Y2WZbL012A

Silverman announced Thursday at the Television Critics Association panel that she will take her Twitter emotions to the country’s stage in a new Hulu series “I Love You, America.” Set to premiere on October 12th, Silverman will take to the road for a talk show style comedy.

Although Silverman says the show won’t be “overtly political”, she acknowledged that, by virtue of existing in the current looney tunes era that we do, everything is political. Mostly, though, it seems like the comedian will use the opportunity to have fun and bring unlikely people together.

“What’s really important is it’s funny, it’s silly, it’s aggressively dumb, because that’s how I like my comedy, and I don’t like to be told what to think,” said Silverman.

Silverman also said the show isn’t going to set out with the goal of making anyone look like an “a**hole.” She’s not looking to emphasize Americans’ differences. Instead, she seeks to illuminate what makes people the same.

And if she throws a couple long-form diarrhea jokes in there, we’re fine with that too.