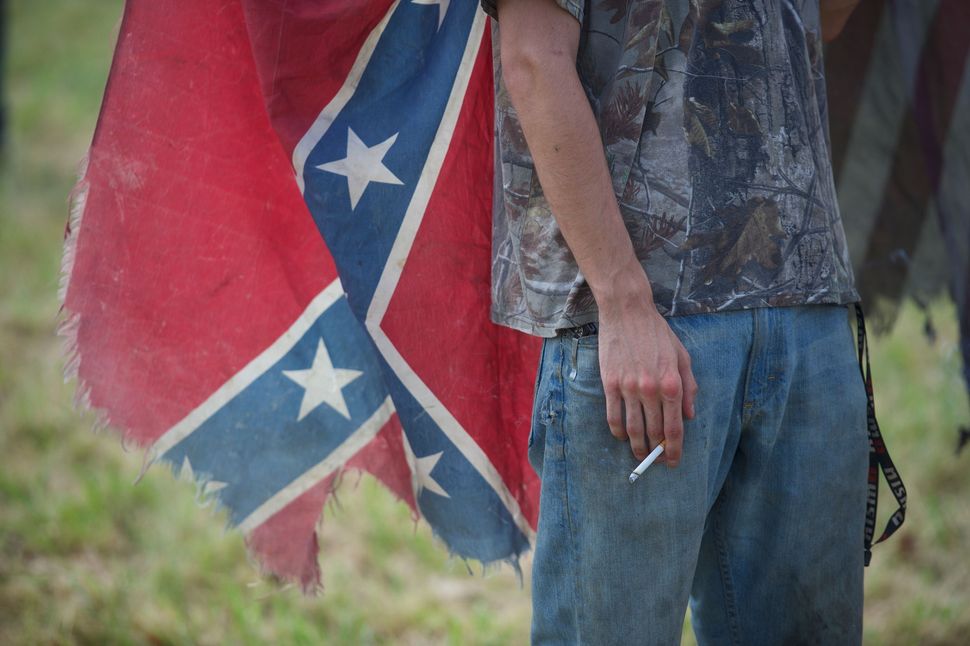 Once again, Twitter demonstrates how it has forever changed the way people protest. Whereas once you had to heave your broken body from the couch and take to the streets, you can now relay your message from the comfort of your own home using whatever revolutionary hashtag happens to be trending.

Sunday evening saw the Twitter masses rallying behind #NoConfederate, a hashtag created by April Reign, the woman behind the #OscarsSoWhite campaign.

This Sunday at 9pm ET, during @GameOfThrones, we ask you to stand with us. We want to send a message to @hbo using hashtag #NoConfederate.

Reign encouraged a unanimous clapback from Twitter users against HBO’s upcoming series “Confederate”, a show about an alternative reality in which American slavery was never abolished that has received hearty backlash since it was announced.

Reign instructed her Twitter followers to tweet using the hashtag during “Game of Thrones” with the goal — quickly met — of becoming the number one trending item in the U.S. Twitter showed up enthusiastically, producing thousands of tweets deriding D.B. Weiss and David Benioff’s new series. Many of the tweeters included original ideas for alternate alternate histories that might make for better, less racially insensitive television.

They should produce a show about Reconstruction being successful. #NoConfederate

I’d love an alt-history with a Black Mafia in power instead of Italians. Told in Harlem #NoConfederate

What if Shirley Chisholm won the presidency? What if Hillary never married Bill? What if CA stayed under Spanish rule… #NoConfederate

In an interview with The Hollywood Reporter, Reign said,”What confidence should we have in two gentlemen who can’t talk about race on their own show and have had seven seasons to introduce significant characters of color?”

This sentiment has been reiterated as one of the primary issues dissenters have with the show.

HBO responded to the social media campaign in a statement released Sunday evening.

We have great respect for the dialogue and concern being expressed around Confederate. We have faith that [writers] Nichelle, Dan, David and Malcolm will approach the subject with care and sensitivity. The project is currently in its infancy so we hope that people will reserve judgment until there is something to see.

It appears that, despite the increasing pressure, the show will indeed go on.